In the first half of the day, I paid attention to two levels from which I recommended making trading decisions. If you look at the 5-minute chart, you will see how the test of the 1.3248 level, from which I recommended selling the pound, did not take place. As a result, all attention turned to the support of 1.3172, where the situation was more interesting. The formation of a false breakout there with the return of GBP/USD to this range led to the formation of a buy signal and an upward trend of the pair. However, it did not reach a major increase, although the upward movement was about 30 points. 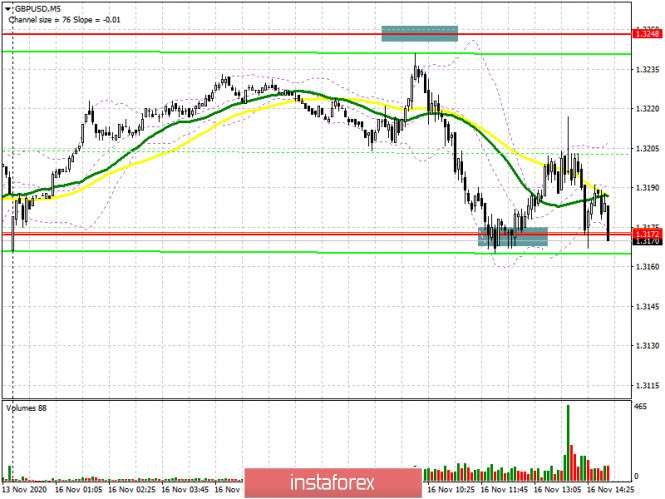 At the moment, nothing has changed from a technical point of view. The initial task for the second half of the day remains to protect the support of 1.3172, which was tested today during the European session. Only the next formation of a false breakout there after an unsuccessful attempt by the bears to take the market under their control will give confidence to buyers and return GBP/USD to the resistance area of 1.3248, where I recommend fixing the profits, since it is unlikely to count on a larger surge in volatility today. Fixing the bulls above the resistance of 1.3248 forms a new entry point for long positions in the expectation of continued growth of GBP/USD and reaching the maximum of 1.3310, where I recommend fixing the profits. The longer-term target will be the resistance of 1.3378, however, it will require a good reason to update it. In the scenario of no bull activity in the area of 1.3172, it is best to take your time and postpone long positions until the test of a new low of 1.3106, where you can buy the pound immediately on the rebound in the expectation of a correction of 20-30 points within the day.

Bears are still fighting to regain control of the level of 1.3172, however, it will be quite difficult to do this without fundamental data on the US economy. I recommend opening short positions in the area of 1.3172 only after the GBP/USD returns to this level and consolidates under it. Testing it from the bottom up will be a good sell signal. In this scenario, you can count on a downward trend in the area of 1.3106, with the first test of which you can observe a slight rebound of the euro up. A longer-term goal is the support of 1.3034, where I recommend taking the profit. If all the bears’ attempts are unsuccessful, and the pair again falls back to the middle of today’s side channel, it is best to postpone selling the pound until a false breakout is formed in the resistance area of 1.3248 or sell GBP/USD for a rebound from the monthly maximum in the area of 1.3310, based on a correction of 30-40 points within the day. 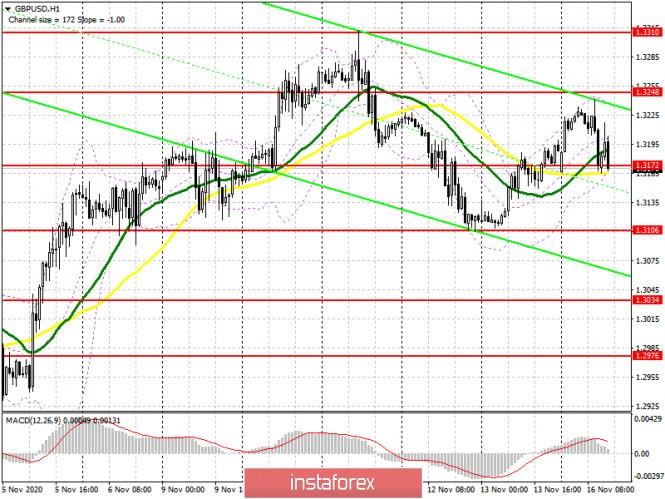 Trading is conducted around 30 and 50 daily averages, which indicates an active struggle between buyers and sellers.

Only a break of the lower border of the indicator in the area of 1.3170 will lead to a new downward wave of the pair.