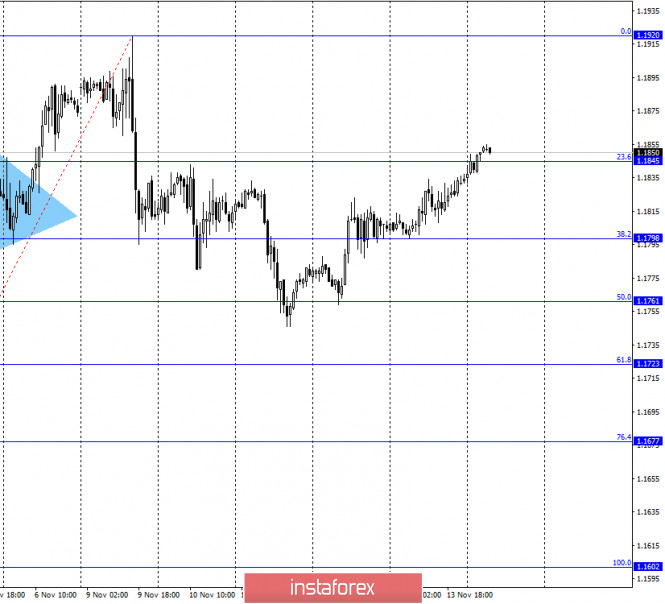 On November 13, the EUR/USD pair continued the growth process after rebounding from the corrective level of 50.0% (1.1761) and closed above the Fibo level of 23.6% (1.1845). Thus, the growth process can be continued towards the next corrective level of 0.0% (1.1920). Closing the pair’s exchange rate below the level of 23.6% will work in favor of the US currency and some fall in the direction of the level of 38.2% (1.1798). On Friday, the information background was rather weak. Traders remained bullish, however, their activity was at a very low level. There were no important economic reports that day. Most of all, attention is now drawn to the tweets and angry speeches of the current President, Donald Trump, who refuses to recognize the election results and everything. In other words, the US President does not have any real chance to review these results. There is no doubt about his election defeat. Even if you review the results in several states. However, Donald Trump continues to insist that the election was rigged, observers of his party were not allowed, and the votes were entered in the tables by a company owned by left-wing radicals. The press also got it, which Trump called false and fake. According to the President, almost all of America turned against him. However, we know what unfair elections are like in Belarus, where rallies and protests have been going on for several months, and most world leaders have not recognized these elections. In the situation with the United States, the opposite is true. Almost all world leaders congratulated Joe Biden on his victory, and there are no rallies in support of Trump. 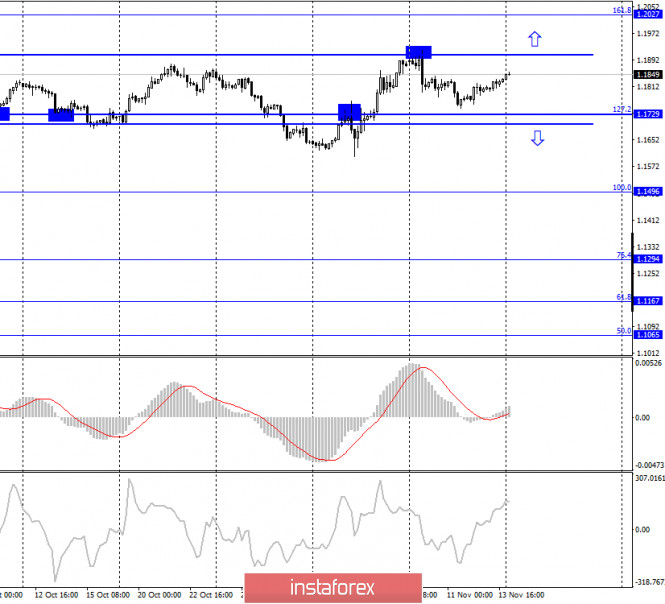 On the 4-hour chart, the pair’s quotes performed a reversal in favor of the EU currency and again began the process of growth in the direction of the upper border of the side corridor of 1.1907. A new rebound of quotes from this line will again work in favor of the US currency and some fall in the direction of the corrective level of 127.2% (1.1729). Fixing the pair’s rate above the side corridor will significantly increase the probability of further growth towards the next corrective level of 161.8% (1.2027). 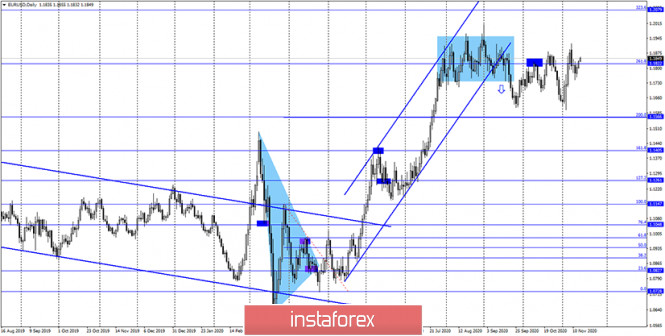 On the daily chart, the quotes of the EUR/USD pair performed a new reversal in favor of the European currency and fixed above the corrective level of 261.8% (1.1825). This level remains weak, and I recommend paying more attention to the lower charts, which respond more quickly to changes in the market.

On November 13, the European Union released a report on changes in GDP, which was only slightly worse than traders’ expectations. In America, the consumer confidence index was released on this day, which turned out to be significantly worse than forecasts.

The news calendar for the United States and the European Union:

On November 16, the European Union calendar again includes a speech by ECB President Christine Lagarde. However, her recent speeches were more about the coronavirus vaccine, and economic problems were very superficial. 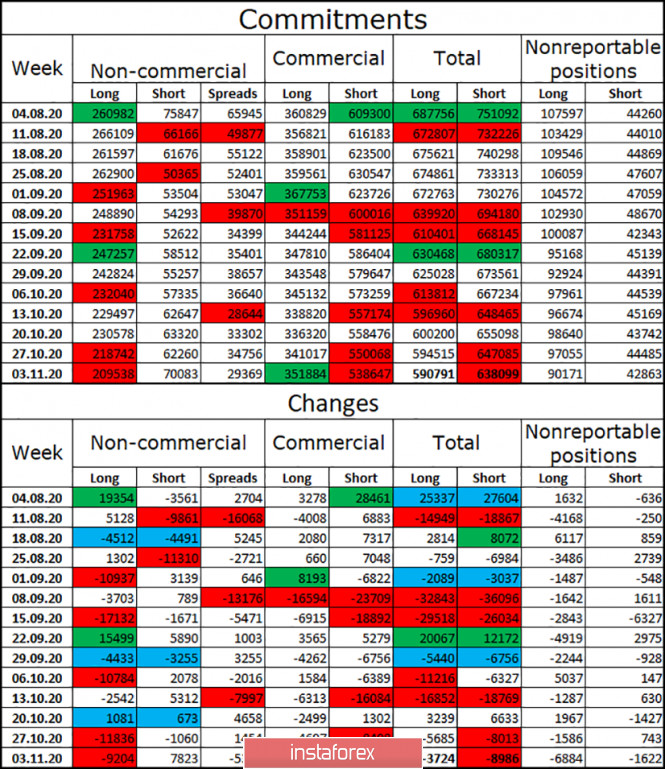 The latest COT report was quite informative. The most important category of “Non-commercial” traders got rid of another 9 thousand long contracts during the reporting week (-12 thousand a week earlier), so speculators continue to get rid of purchases of the euro currency. At the same time, they are also increasing short-contracts, the total number of which has increased by 7.8 thousand. Thus, the strengthening of the “bearish” mood is evident. Based on this, I could conclude that the European currency will fall further, but last week’s trading may change the mood of major traders dramatically. The euro has grown by 250 points over the past week, however, this growth is not taken into account in the COT report. Only the next report will show how major traders traded after November 2.