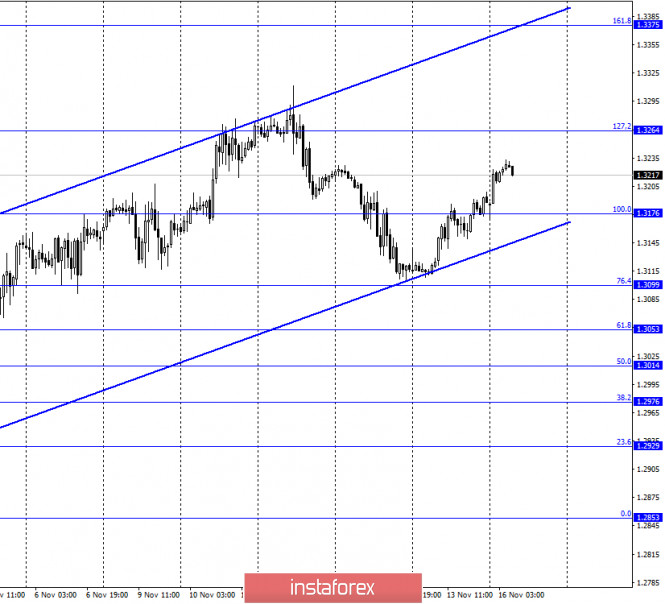 According to the hourly chart, the GBP/USD pair quotes continue to grow in the direction of the corrective level of 127.2% (1.3264) after rebounding from the lower border of the upward trend corridor, which keeps the current mood of traders “bullish”. Thus, this week we can even count on an increase to the Fibo level of 161.8% (1.3375), which lies near the upper border of the corridor. Fixing the pair’s rate under the corridor will work in favor of the US currency and the beginning of a long fall. Meanwhile, the British media is starting to sound the alarm again. The reason lies, of course, in Brexit and negotiations on a trade agreement. The fact is that the deadline for negotiations set by Boris Johnson a month earlier expired yesterday. The fact is that the transition period is still one and a half months away. The fact is that there is still no information indicating progress in the negotiations. Therefore, the chances of reaching an agreement and mutual understanding on all key issues continue to fade. The UK media is also wary of the actions of Boris Johnson, whose office was left this weekend by Dominic Cummings, who is called the “architect of Brexit”. There is a high probability that Johnson will go to the principle and again try to complete negotiations with the EU, although this is not beneficial to anyone. Neither the EU nor the UK. However, Boris Johnson from the very beginning of his Premiership did not fear a “hard” Brexit at all and considered the main thing to complete the exit from the European Union as soon as possible. 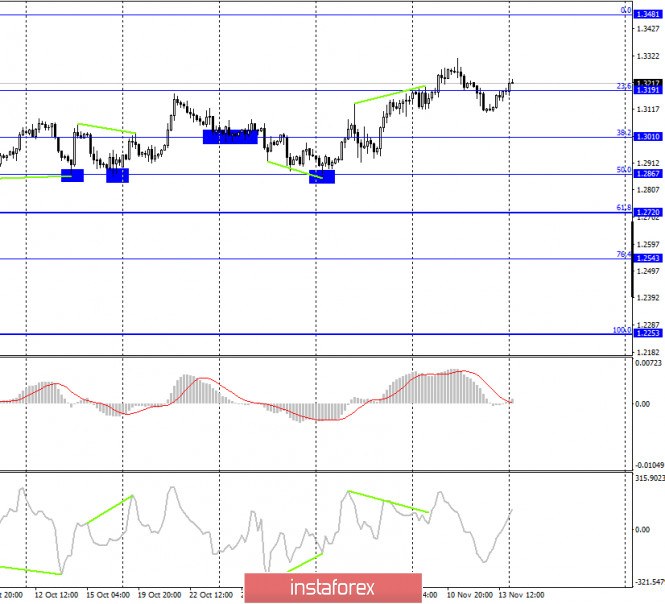 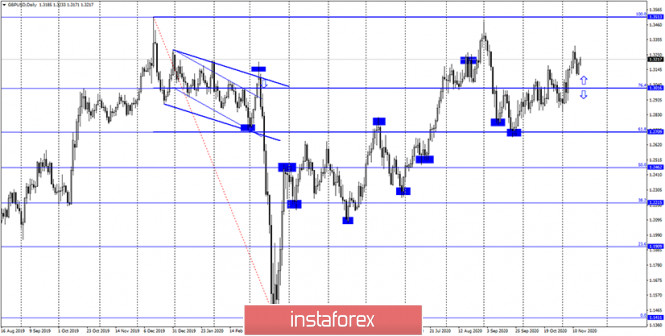 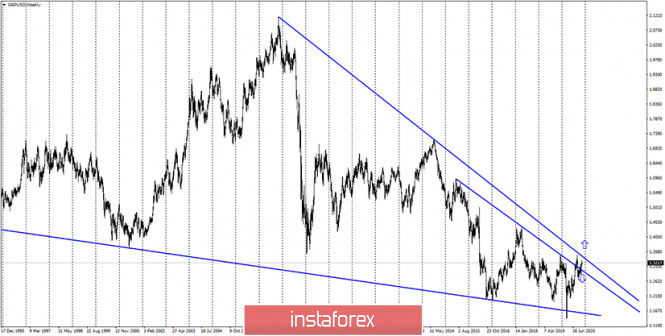 On the weekly chart, the pound/dollar pair closed under the lower downward trend line, thus, a false breakout of this line followed earlier. However, in recent weeks, the pair has made new attempts to gain a foothold over both trend lines.

The Governor of the Bank of England gave a speech in the UK on Friday, but he only touched on economic issues superficially. Traders did not react to his speech. No more important news came from Britain.

News calendar for the United States and Great Britain:

On November 16, the news calendars of Great Britain and America do not contain any important entries, thus, the information background will be extremely weak today. And with it, the activity of traders. 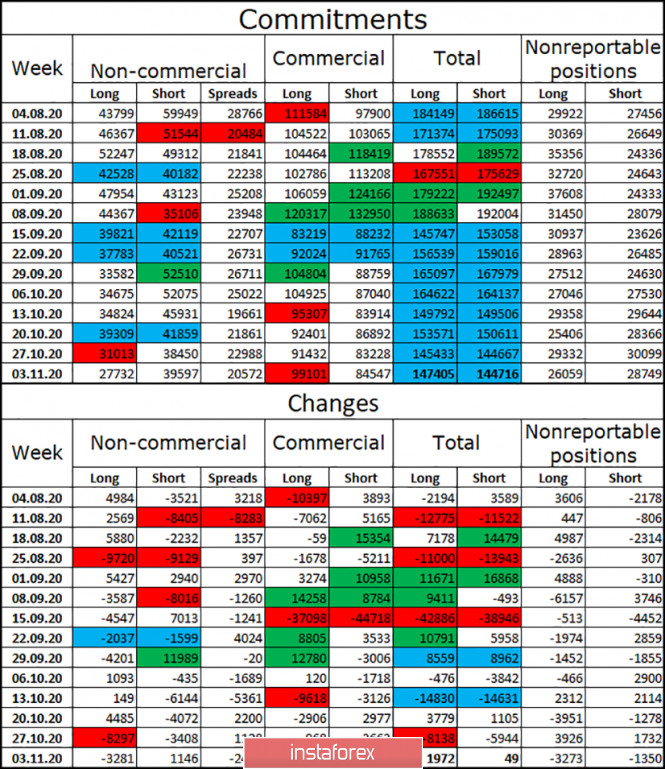 The latest COT report on the British pound showed that the mood of the “Non-commercial” category of traders became even more “bearish” during the reporting week. Speculators continued to get rid of long contracts, closing a total of 3,281 units. At the same time, they slightly increased the number of short contracts, opening 1,146. Thus, the mood of the “Non-commercial” category has become more “bearish”. However, due to the US presidential election, the British pound rose strongly last week. This data was not included in the latest COT report, so I can’t conclude how the mood of major traders changed after November 2. You need to wait for the next COT report and analyze it. According to the latest report, I can say that the chances of a fall in the British dollar are very high now.

Today, I recommend selling the GBP/USD pair with targets of 1.3053 and 1.3010 if the closing is performed under the ascending corridor on the hourly chart. A rebound was made from the lower border of the ascending channel, so now you can stay in purchases with the goal of 1.3264.