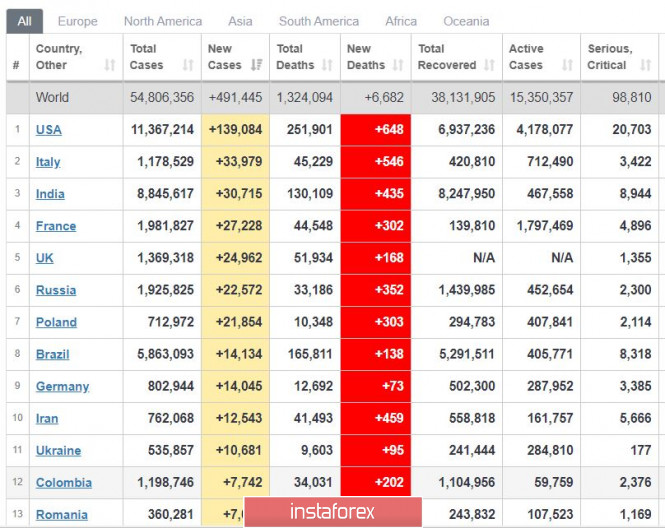 A noticeable decline is observed in worldwide COVID-19 infections, from 600 thousand to 490 thousand cases a day. However, this figure emerged on a weekend, which usually shows a decrease in incidence, and then climbs back again further in the week. Closer monitoring is needed before any conclusion is asserted.

At the moment though, Europe is still near the highs, but some countries, France for example, have probably passed the peak. Some, like Austria, are under strict quarantine.

With regards to the vaccine, Pfizer is due to obtain approval from authorities. If this happens, at least 50 million doses will be released by the end of this year. 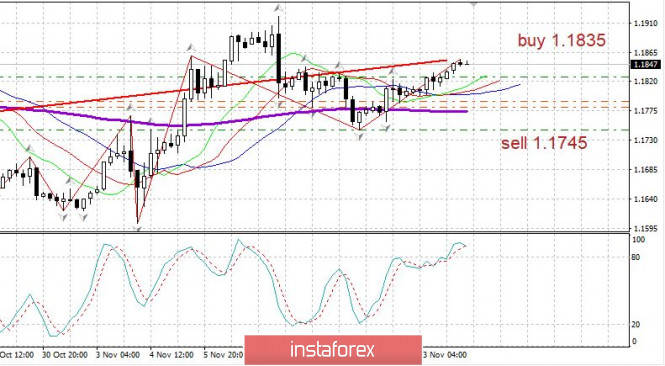 EUR/USD: The euro is growing, albeit extremely small and very slow.