The purchases of the pound is a priority as the probability of a return to the Bank level of 1.3280 is 75%. This makes it possible to fix part of a long position and transfer the remaining balance to breakeven. It is important to understand that the upward movement is a medium-term impulse. This makes it possible to search for new points to buy the tool. The closing level of last week’s trading is an excellent point for this. At the end of last week, the GBPUSD pair reached the lower banking zone, which is a strong support. The zone test caused an increase in demand. 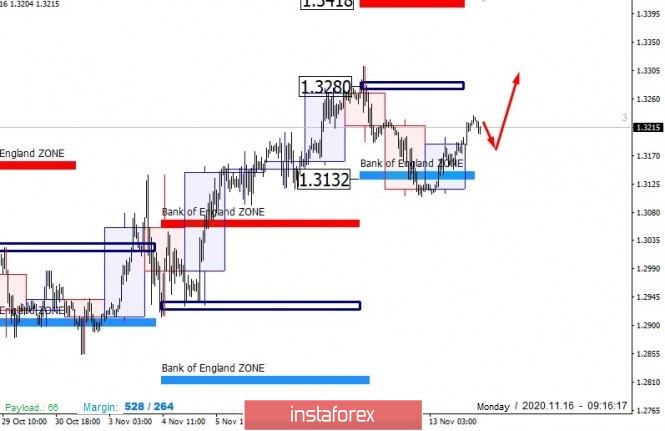 There is no need to expect for a deeper correction, however, it is important to note that the lower banking zone will remain relevant until November 18. After the start of European trading on Wednesday, the support and resistance levels will need to be adjusted.

Working towards the growth of the pair involves searching for additional points to enter into purchases. Do not forget that the probability of forming a reversal model is only 30%, which makes any sales from current levels not profitable at a distance.