Last week’s trading closed above the banking level of 1.1803. This suggests that the growth of the European currency is supported by the Central Bank. Any decline should be considered as an opportunity to buy the pair. The growth target will be the banking zone and the level of 1.1937. 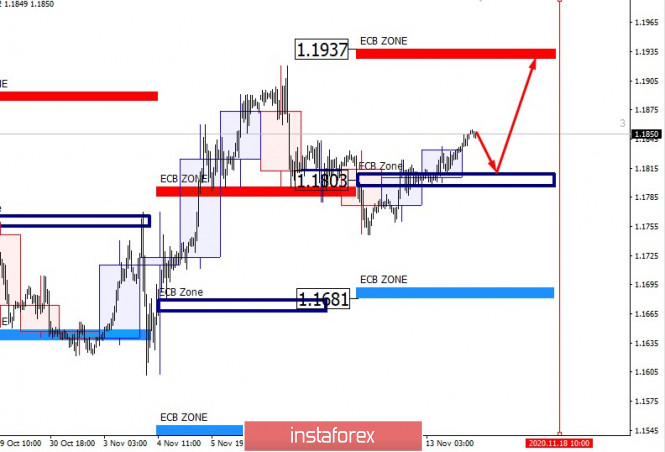 The upward movement will remain a priority until the opening of European trading on November 18. Holding on to previously opened purchases is the optimal strategy. For those who need to enter the position, the focus should be on the level of 1.1803. Returning to this mark will allow you to get a favorable price. It remains to wait for the formation of the engulfing pattern to enter a long position.

In order to cancel the upward pattern, it is necessary to close today’s trading below the level of 1.1803. The probability of this event is 30%, which makes sales from current levels unprofitable.