The US dollar steadily lost ground last Friday amid news that consumer sentiment in the US is clearly deteriorating. And although experts believe that this should not affect consumption indicators, there is still a risk of a slowdown because of the decrease.

The report indicated that consumer confidence in the United States declined, and this is mainly due to the results of the presidential election, after which a sharp deterioration in sentiment among supporters of the Republican Party was recorded. 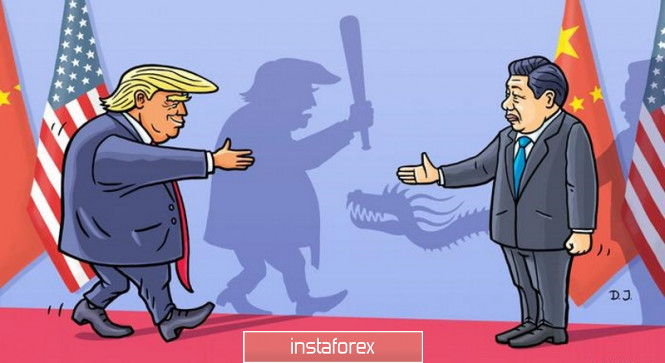 The latest polls reveal that about 70% of Republicans do not believe that the presidential election was “free and fair”, even though Joe Biden won a pretty impressive victory according to the electoral tally. The confidence of Republican voters in the system clearly declined, in which 78% are confident that the mailing of ballots provoked widespread election fraud, while about 72% believed that there was falsification of ballots.

New infections of COVID-19 also continue to increase, so as a result, the preliminary index of consumer sentiment fell to 77.0 points in November, well below the predicted 81.5 points. As for the index of current economic conditions, only a slight change was recorded (from 85.9 points to 85.8 points), unlike the consumer expectations index which fell sharply from 79.2 points to 71.3 points.

Manufacturing PMI recorded only slight changes as well, increasing by only 0.3% compared to the previous month. As for the basic PPI index, which does not take into account volatile categories, showed an increase of only 0.1%.

In another note, incumbent president, Donald Trump, announced his intention to implement new sanctions against China, the main reason for which was the alleged violation of human rights in the Xinjiang Uyghur Autonomous Region of the PRC and Hong Kong, as well as for creating threats to the national security of the United States. It seems that the outgoing administration is trying to somehow spoil the term of the new US President Joe Biden, who will then have to sort it all out.

As for the EUR / USD pair, its current technical picture shows that the level of 1.1870 is the pivot, and a breakout from which will trigger a strong bullish momentum towards 1.1915. But the upward movement will not stop there as the quote has a high chance of reaching the level of 1.1965, and then the 20th figure, which may complete the upward impulse.

With regards to statistics, Eurostat published a report indicating that in the 3rd quarter of this year, the eurozone economy partially restored jobs, but employment growth, which accounts for most of the economic activity, leaves much to be desired. According to the data, the number of employees increased by 0.9% in the 3rd quarter, as compared to the 2nd quarter. The eurozone economy also grew 12.6% after falling 11.8% in the second quarter, and is revised downward from 12.7%.

Meanwhile, the good situation in the world arena, where trade activity is gradually bouncing back, led to an increase in the trade surplus of the eurozone in September, which returned to pre-crisis levels thanks to export growth. According to the data, the foreign trade surplus of the euro area amounted to € 24.8 billion in September, against € 18.3 billion from last year. In particular, exports have jumped by 4.1%, while imports increased by only 2.7%. Exports though remained 7.9% lower than the record at the beginning of this year.

On Friday, there were also speeches from representatives of the Federal Reserve System, which will continue today. One interesting statement was that of St. Louis Fed president, James Bullard, who believes that the economy has recovered much faster than expected. According to him, this happened all thanks to the Fed’s policy, which is in excellent condition and does not require any intervention. Bullard said the Fed currently has no plans to raise rates, and the present pace of bond purchases is effective and acceptable. This tells us that so far, the central bank is in no hurry to change its monetary policy and resort to either easing it or expanding its bond purchase program. Bullard also noted that he sees no reason to change policy at this time, as, even with the rise in coronavirus incidence, a huge part of the economy continues to operate.

John Williams, president of the New York Fed, also noted that the economic data of the US is much better than expected, however, this speaks only of a moderate economic recovery in the 4th quarter. The growth of COVID-19 infections remains a problem, which calls forecasts into question. But despite the fact that the economy is in a deep hole compared to its previous position, Williams sees growth prospects. Positive news about the vaccine has already boosted bond yields, and its rollout will help the economy recover even faster.

Both the statements of Bullard and Williams point to the possibility that rates would increase if figures exceed forecasts. Most likely, this will occur in about three years, when inflation returns to the target level and exceeds it.