The pound continues to rise today in the Asian session. Investors are encouraged by another shift in the deadline for the Brexit talks, now to November 18th. If this deadline is overdue, then, according to rumors, it may be postponed to early December, even if the deal is ratified in January. At the moment, the last deadline for all procedures is December 31, after which England’s exit from the EU should follow without a deal. But for now, the pound is aiming for 1.3350/80, formed by the highs on February and March 2019. 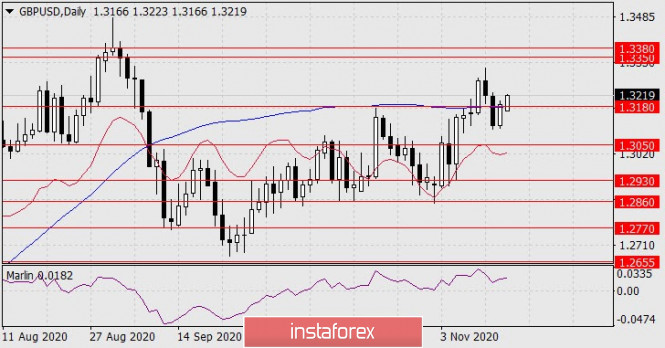 The price has already crossed the balance indicator line on the four-hour chart, shifting the market mood to growth. The Marlin oscillator is a little late. As a leading indicator, it is still in the negative zone. But this has its own sign – if the price hits the target range of 1.3350/80, especially if this growth turns out to be fast, the oscillator will be able to form a reversal divergence with the price. 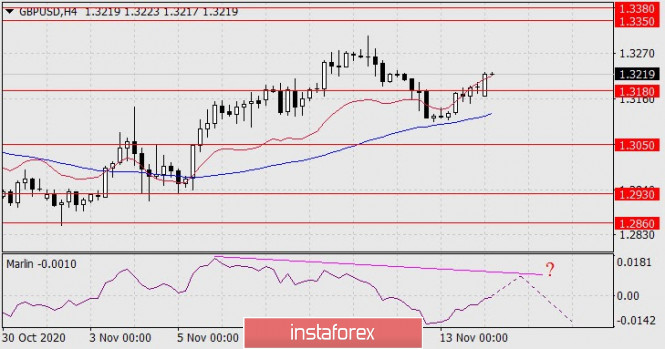