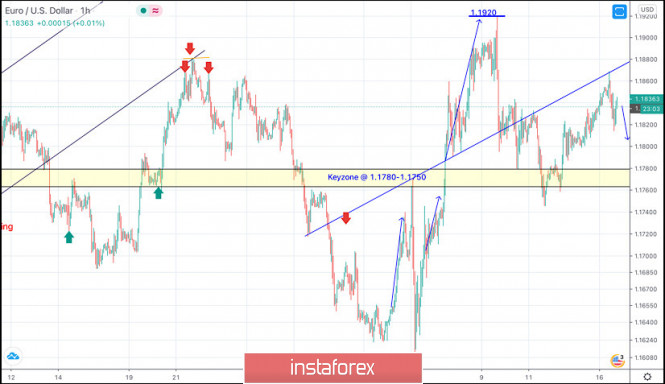 Two opportunities for SELL Entries were offered upon the recent upside movement towards 1.1880-1.1900. All target levels were achieved. EXIT LEVEL was reached around 1.1720.

Shortly after, the EUR/USD pair has expressed a significant BUYING Pattern after the recent upside breakout above the depicted price zone (1.1750-1.1780) was achieved.

As mentioned in the previous article, the pair has targeted the price levels around 1.1920 which exerted considerable bearish pressure bringing the pair back towards 1.1800 which constitutes a prominent KEY-Zone for the EURUSD pair.

Currently, the price zone around 1.1780-1.1800 stands as a significant SUPPORT-Zone to be watched for bullish rejection and a valid BUY Position. Exit level should be placed below 1.1750.