GBP/USD is drifting lower after having the dollar eased earlier. The Cable hit a session high of 1.3242 this morning. The outlook for the sterling is still mixed and will likely remain the same. GBP/USD is trading below 1.32, falling from the highs after UK PM Johnson said that his country can prosper even without a Brexit deal. The talks are underway in Brussels. 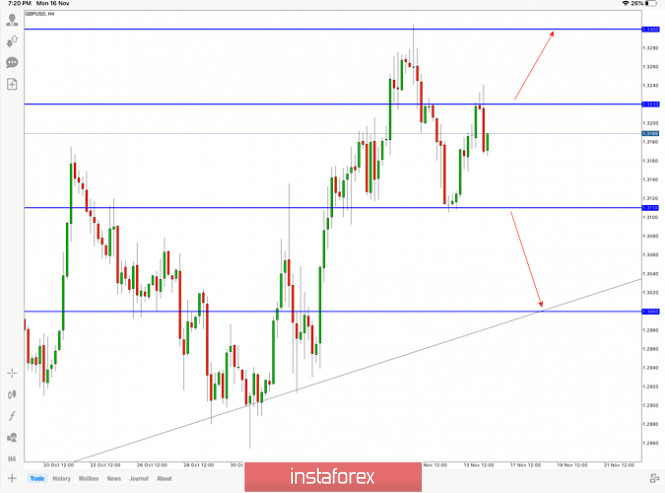 For now, the Cable buyers are being challenged, trying to keep the bullish near-term bias on a test of the nearest resistance at 1.322 , 1.33 and support at 1.311 on the 4-hour chart. A breach above 1.322 could lead the Cable to test the November swing high .

On the flip side, a break below 1.311 may awaken the bears to test the ascending supporting trendline since the September round mark.at 1.300.

Overview of the GBP/USD pair. November 26. Nothing can replace the $ 900 billion agreement with the European Union. The British

Overview of the EUR/USD pair. November 26. Markets have finally lost their bearings. The European and American economies

Forecast and trading signals for GBP/USD on November 26. COT report. Analysis of Wednesday. Recommendations for Thursday