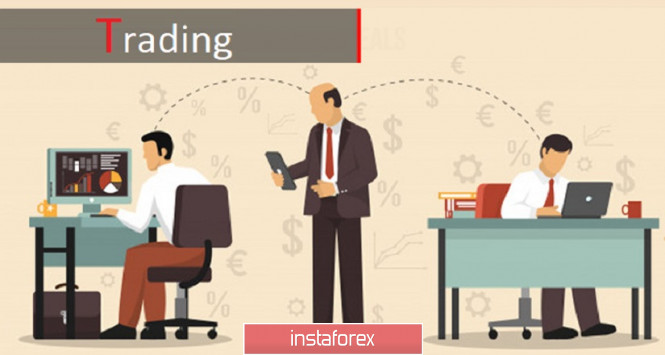 The pound continued to be sold until yesterday, where the information and news flow played against it.

Investors were under pressure due to the uncertainty caused by the negotiations between England and Brussels regarding the Brexit trade deal, which leads to a decline in the pound’s volume of positions and a growth in the US dollar’s position.

In terms of statistics, preliminary data on the UK GDP for the third quarter was released. The slowdown in the rate of economic decline was from -21.5% to -9.6%, with a forecasted slowdown to -9.4%. Due to wrong expectations, the pound is negatively affected.

The volume of industrial production in the UK, in turn, was also published, where the decline rate slowed down from -6.4% to -6.3%, but the best results were expected at -6.1%.

From the point of view of technical analysis, everything goes according to the previous scenario. The resistance level of 1.3300 became sellers’ pivot point, where the volume of positions to sell the pound was consistently increased. 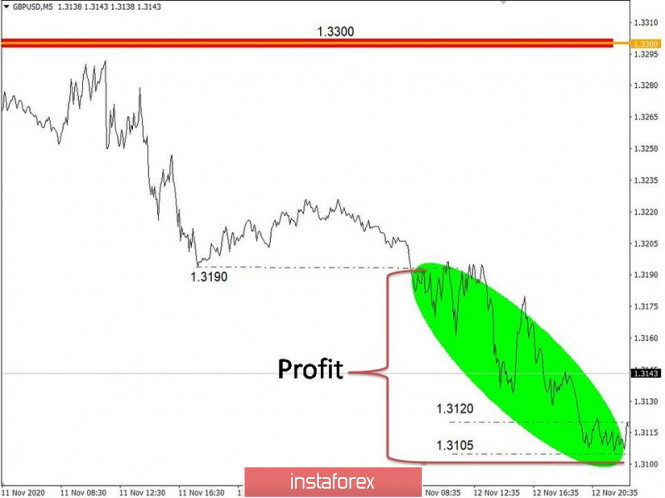 The Euro did not behave quite as usual yesterday, both in terms of technical and fundamental analysis.

In terms of news background, we received data on the volume of industrial production in Europe, where an acceleration is recorded from -6.7% to -6.8%, instead of a slowdown in the rate of decline. The situation is partially corrected by the fact that the previous indicator was revised for the better -7.2% —> -6.8%. However, the recession remains.

The US inflation data was published during the American session. Here, the consumer price index slowed down from 1.4% to 1.2%, which is the first decline in inflation in four months.

It is noteworthy that inflation growth was predicted, and as a result of which, a slowdown was observed, which leads to diverging expectations. However, the market behaved far from the usual, so the US dollar did not lose much of its position.

In addition to this, US data on applications for unemployment benefits was also published, where they recorded another volume decline.

As we can see, the labor market reflects a gradual economic recovery.

As for the technical analysis, a divergence of trading interest was also noticed. So, the decline set back earlier stalled within the level of 1.1745, where a pullback to 1.1788 occurred.

It was expected that sellers would regain their positions, and we will enter into trading transactions below 1.1745, but it was not there. During yesterday’s European session, there was an atypical speculative surge in favor of euro’s strengthening, which went across the technical and fundamental analysis.

There were no deals yesterday. 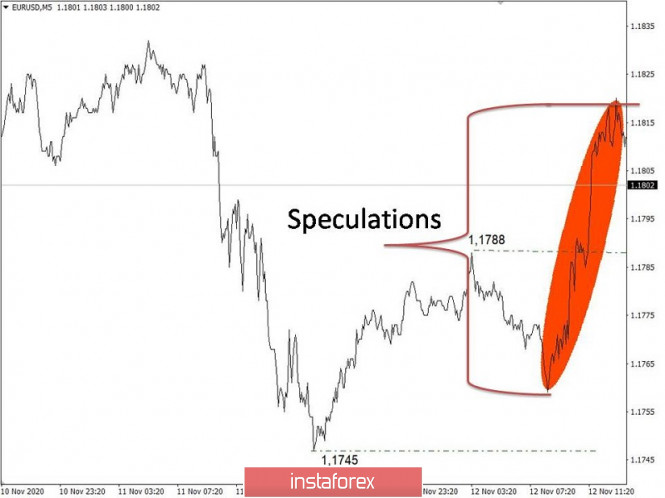 Today, statistics from the UK are not expected to be released. In turn, the United States will publish a producer price index, whose growth rates remain unchanged, which is unlikely to somehow affect the market.

From the point of view of technical analysis, there was an acceleration during the opening of the European session, which was caused by a local price decline within the range of 1.3105/13123. Although the breakdown of the upper limit resulted in the emergence of buyers in the market, we can assume that there are still enough sellers in the market to resume the downward trend.

The next sell positions will be implemented after the price consolidates below 1.3100. 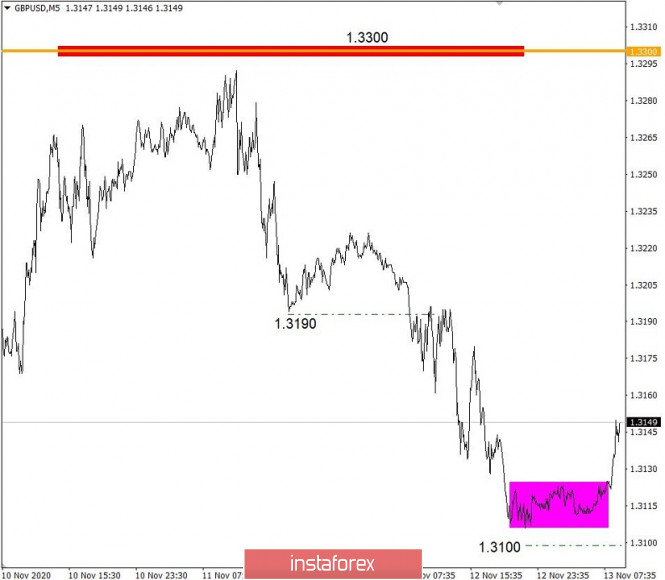 Considering the economic calendar, a preliminary estimate of the euro zone’s GDP for the third quarter is to be published today, where the rate of economic decline is expected to slow down from -14.8 to -4.3%. It is worth considering that similar indicators were recorded during the first assessment, and therefore, the market will no longer be surprised.

From the point of view of technical analysis, we are monitoring the formation of the range of 1.1787/1.1823. The quote has been moving for more than 20 hours within this range.

Such a long stagnation in one place is highly likely to lead to acceleration at the time of the breakdown of a particular border.

Trading tactics are based on the breakout method, with a local entry into a trading position. 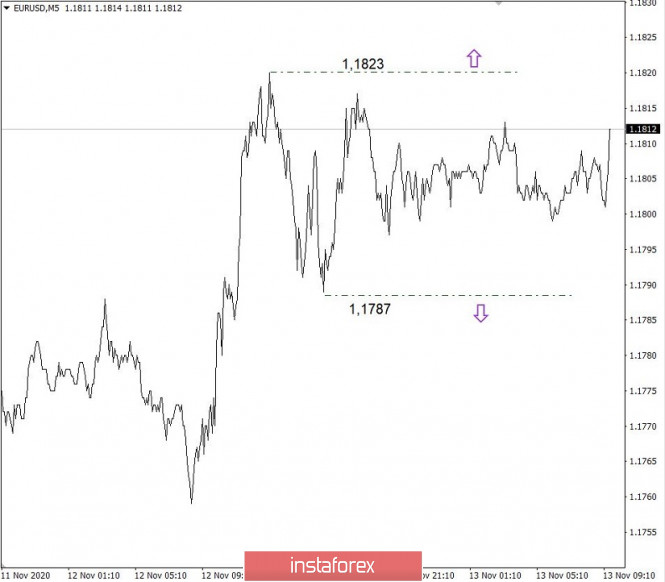