On the chart of the British pound, the price movements of the last three months form a flat upward wave. It can end the correction phase of a larger wave model or be the beginning of its next trend part. In the structure of this movement, a complex correction in the form of a shifting plane is nearing completion.

The pair’s overall downward mood is expected today. In the European session, a short-term rise in the price to the resistance area is possible. Higher or lower volatility is likely by the end of the day.

Before the end of the current downward wave, the pound may be sold in a reduced lot. After the reversal signals appear in the area of settlement support, you should track the signals for buying the pair. 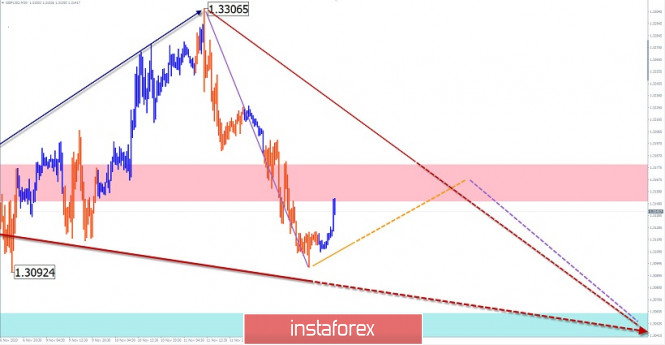 The upward section of the chart from November 6, which started from strong support, has a powerful reversal potential. The price has reached an intermediate resistance, from which a correction has been formed in recent days.

In the next 24 hours, the price is likely to move sideways between the opposite zones. In the first half, a downward vector is more likely. You can expect a change in the exchange rate and a price rise at the end of the day or the beginning of the next week.

Today, trading is only possible within the intraday with a reduced lot, according to the expected sequence. It is safer to refrain from entering the pair’s market until buy signals appear. 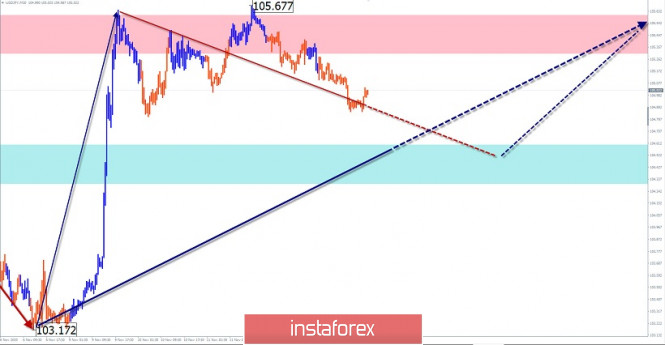