Yesterday, the Australian dollar lost 47 points coming close to the target support of 0.7222. Resolute overcoming of the level opens the goal of 0.7120. The Marlin oscillator decreases on the daily scale creating a 55% probability of such a scenario. For greater confidence, the market lacks fixing the price under the balance line (red indicator), so there is a significant chance of a reversal and further growth to 0.7325. 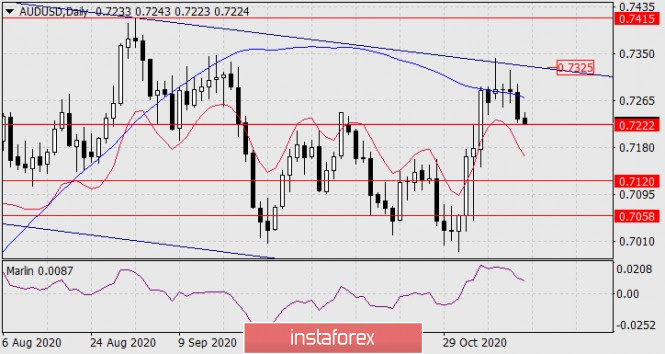 Based on the four-hour scale chart, the Kruzenshtern line is located near the 0.7222 level. Fixing under it will be a signal for the offensive of the “bears” in the struggle for supremacy. The goal is 0.7120. 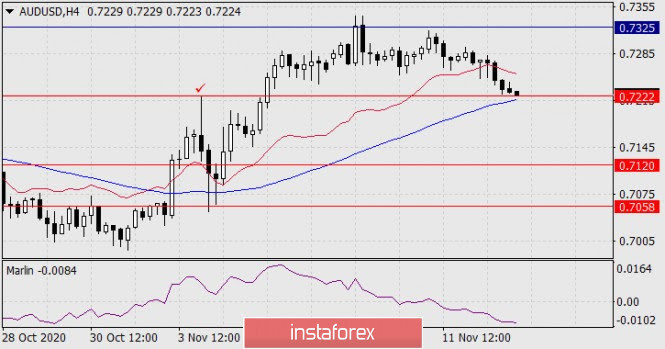 Technical Analysis of BTC/USD for November 25, 2020

Technical Analysis of ETH/USD for November 25, 2020

Technical Analysis of EUR/USD for November 25, 2020