NZDUSD is pulling back from the recent top at 0.69. Price however remains inside a bullish channel and this makes us believe that the current pull back is only temporary and a pause to the bigger up trend towards 0.6920-0.6950. 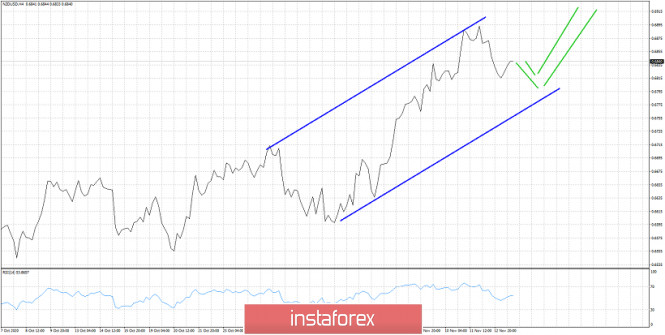 NZDUSD is forming higher highs and higher lows since late September when it was trading around 0.65. Price has made a clear upward extension from 0.66 to 0.69 and now we are in a pull back phase around 0.6820. We expect price to eventually continue its upward trend towards 0.6930. A move closer to the lower channel boundary can not be ruled out currently. A pull back towards that level will be a buying opportunity. Support is found at 0.68 and next at 0.6730.