GBP/USD sellers catch a breather around 1.3123 during Friday’s Asian session. The cable refreshed weekly bottom the previous day before recently bouncing off 1.3106. 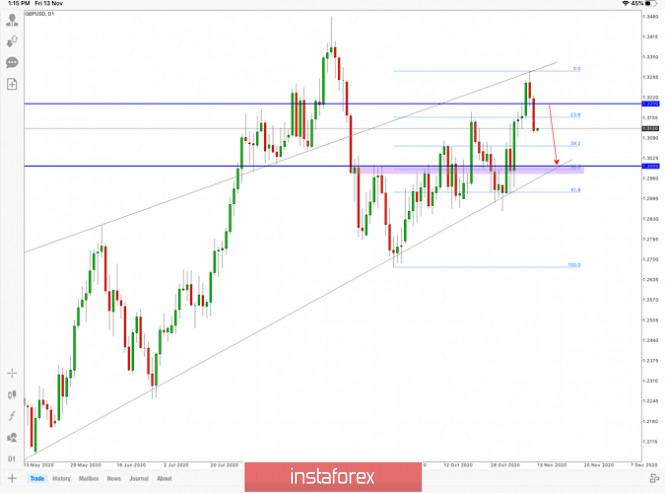 The price zone around the previous channel’s upper limit around 1.3100 puts a strong bearish pressure on the GBPUSD Pair. Where the upper limit of the current channel comes to meet this pair.

Though, additional pullback moves toward October’s high near 1.3175 and then to the 1.3200 threshold can’t be ruled out. Price action should be watched for a temporary profit taking pullback from the bears for signs of bearish pressure continuation as a valid SELL Entry can be grabbed .

Initial bearish movement target is located at 1.3000 which coincides with 50% Fibonacci retracement of bullish move since 23rd September. A relevent exit , S/L should be placed above 1.3300.