At first, the pound showed good growth, but in the end it stayed in the same positions from which it began yesterday. Apparently, this behavior is due to rumors about the results of the US presidential elections. Several American media outlets have reported that Donald Trump may abandon further attempts to challenge the presidential election. Although he does not acknowledge them as honest. The most important thing here is that it tells us about the end of a prolonged process, which therefore reduces uncertainty. This provides confidence to the markets. 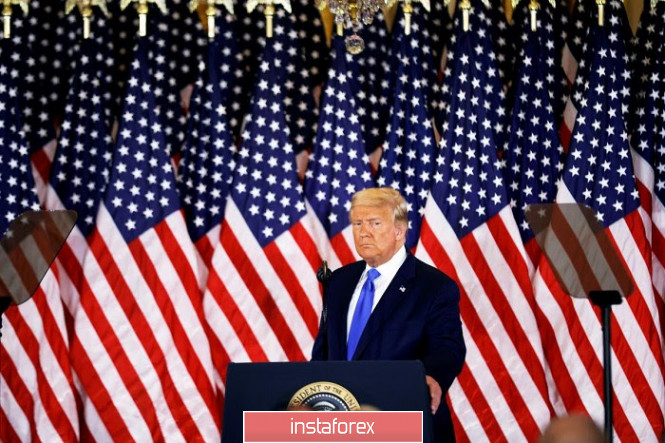 Consequently, the market will begin to closely follow today’s macroeconomic reports, which are in abundance. In particular, the UK is publishing preliminary data on GDP for the third quarter. It should show a slowdown in the rate of economic decline from -21.5% to -9.7%. This is, of course, an incredibly positive factor. In addition, the rate of decline in industrial production may decrease from -6.4% to -6.2%. And even though we are still talking about serious economic losses, the trend is positive. Of course, if the forecasts are confirmed. 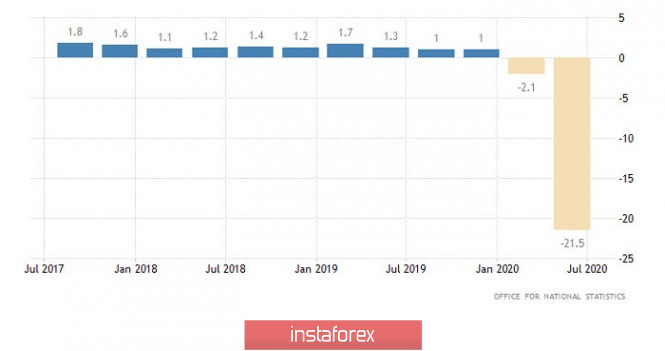 However, the pound may start to seriously depreciate during the US session since US inflation will be released. It is expected to grow from 1.4% to 1.5%. The rise in inflation is perceived as an extremely positive factor, and much more significant than GDP or industrial production. In addition, inflation has already been rising for four consecutive months. Its confident growth towards the Federal Reserve’s target level removes the risk that the central bank may introduce additional stimulus measures. Rather, its growth suggests that the Fed will soon think about cutting these very stimulus measures. So the dollar has good growth potential. 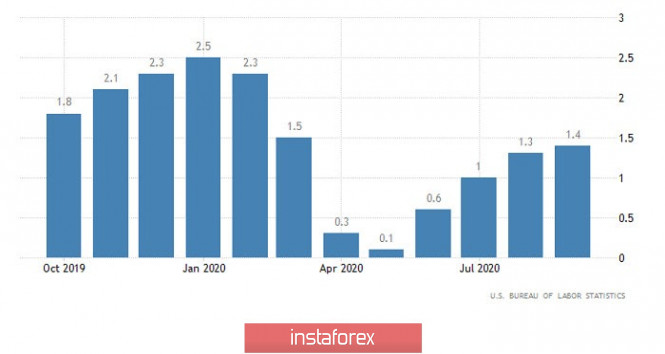 After it rapidly moved up, the GBPUSD pair found a resistance point at the 1.3300 level, where a stop emerged, followed by a corrective move. We can clearly see that the pound is overbought, which can subsequently lead to significant sales.

If we proceed from the quote’s current position, we can see that the variable pivot point in the correctional course is the value of 1.3190, relative to which a small pullback occurred.

As for volatility, speculators returned to the market after a short stagnation, which led to an acceleration.

Considering the trading chart in general terms, the daily period, one can see that an upward trend has been prevailing in the market for as long as seven weeks, which has restored the pound’s rate by about 600 points.

We can assume that it will initially be bumpy within the values of 1.3190/1.3240. Afterwards, another round of downward positions is possible when the US session opens, which will lead to a breakdown of the previous day’s local low and the price would move towards the values of 1.3140-1.3100.

From the point of view of complex indicator analysis, we see that the indicators of technical instruments smoothly change the signal from buy to sell, which plays in favor of the corrective move. 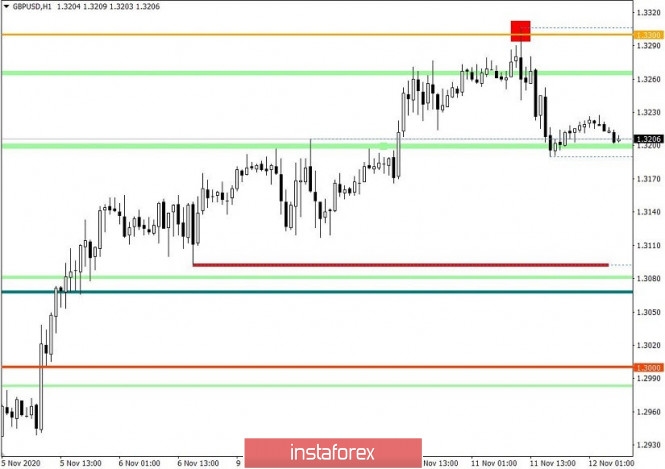