The euro lost 37 points on Wednesday, the target level of 1.1750 was reached. Now the price is faced with the task of getting the pair to settle below this level, if the pair really intends to succeedingly move down. 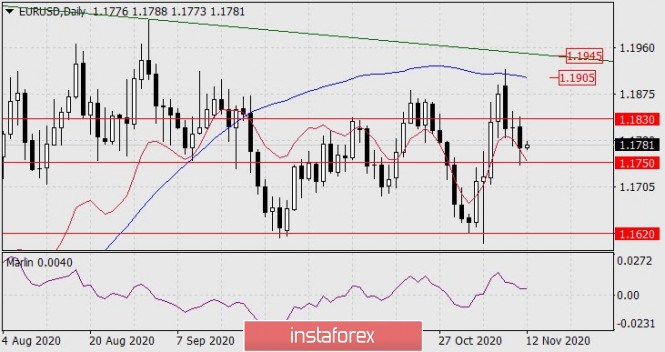 In case the pair settles above the recent support at 1.1830, there may be a new short-term rush to buy while aiming for 1.1905 to the MACD line on the daily chart, or slightly higher, to 1.1945 – to the upper border of the price channel. This scenario is very likely, since the signal line of the Marlin oscillator shows that an upward reversal will start while still being in the positive area, which is a growth trend. 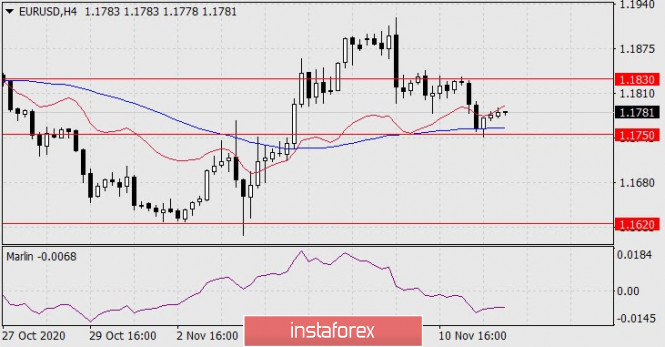 The price reflected from the MACD indicator line on the four-hour chart. Getting the pair to settle below it will confirm the downward movement, as the signal coincides with the daily timeframe chart – the Marlin oscillator will go into the negative area on both charts. The target will be the 1.1620 level. We are waiting for the development of events.