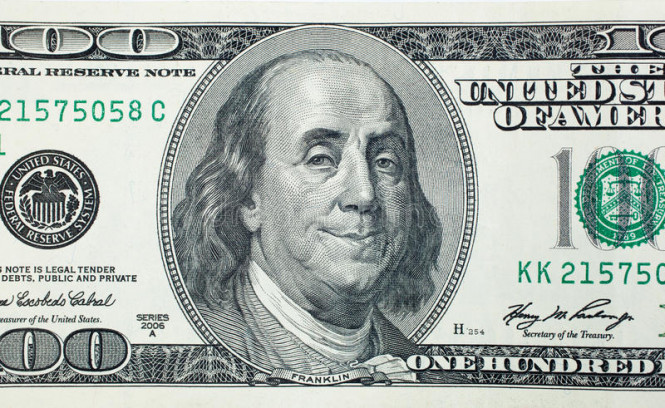 All conditions have been created for the dollar to demonstrate obvious weakness: on the one hand, the victory of Democrat Joe Biden in the US presidential election; on the other hand, positive news about the coronavirus vaccine. Recall that a couple of days ago, there was news that an experimental vaccine from Pfizer is more than 90% effective. This kind of news seems to stimulate demand for riskier assets and encourage the abandonment of safe-haven assets. For this reason, the forecast of a further fall in the US currency is highly likely. By the way, the dollar index has fallen by 11% over the past six months.

The probability that the Democrats will gain control of the Senate is too low. Therefore, fiscal assistance measures for the US economy will be taken on a smaller scale than previously expected. News of a new vaccine also doesn’t add points to the broad economic package. And yesterday’s news that Senate leader Mitch McConnell expressed support for Donald Trump in challenging the results of the last election, most likely, pushes back the deadline for the adoption of a package of financial incentives. In any case, this will not happen in the remaining days of the current Congress. At the same time, the Fed will have to act more vigorously to support the country’s economy. In light of these developments, the dollar is likely to continue to fall in value in the long term.

The dollar index, which tracks its exchange rate against other world currencies, rose slightly today (by 0.29%), trading at 93.071. 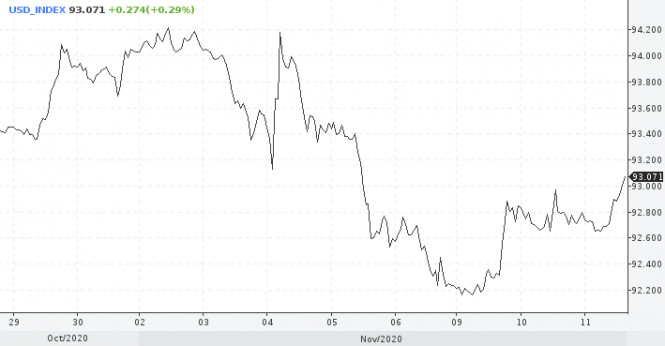 The next two quarters are expected to be very difficult for the US economy, although some analysts expect it to produce impressive results next year. It is worth recognizing that the economic recovery in 2021 in the United States is quite possible, at least in comparison with the European region. To date, the United States, unlike Europe, does not plan to introduce stricter restrictive measures on its territory.

However, the appearance of the coronavirus vaccine clearly favors the weakening of the dollar due to the release of savings. The private sector in the United States has accumulated a significant amount of incentive flows. When the virus recedes and the world returns to its former state, most of the components of the US consumer basket will be imported, and this will create a deficit in the foreign trade balance. The release of reserves by the US Treasury Department does not favor the dollar either. During the pandemic, it received more money than it needed, and it is ready to use this money for incentives. And if you take into account the decrease in fiscal stimulus due to the use of the vaccine, the need for issuing government bonds decreases, and this increases the liquidity of the dollar.