German company BioNTech and the American pharmaceutical giant Pfizer announced the successful third phase of clinical trials of their COVID-19 vaccine, during which the drug showed more than 90% effectiveness against the virus. Manufacturers plan to register the vaccine this month. 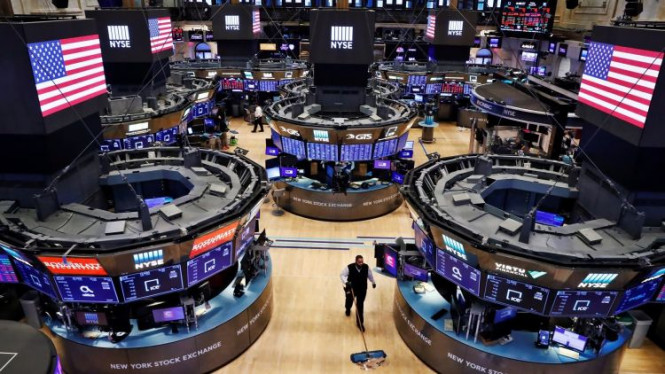 Such promising news immediately hyped up the stock markets, and the most active of them were the US stock indices, for which Monday became the day of endless records.

However, the following day, the excitement in the market subsided, but there are still those who retained it, thus, mixed changes were seen at the end of the trading day.

The Dow Jones Industrial Average continued to increase by 262.95 points (0.9%), reaching a value of 29420.92, thanks to cyclical stocks, which are especially susceptible to the trajectory of the economy. It was the third highest level reached in all DJIA history. The biggest gains were in Boeing, Chevron and 3M.

The Nasdaq Composite Index also dropped by 159.53 points (1.4%), and ended with a value of 11553.86. This came against the backdrop of a decline (which has been going on for the second session in a row) in stock prices of major technology companies, provoking rallies on stock exchanges throughout 2020.

The changes in the DJIA and S&P 500 were by far the most interesting, as both climbed to record levels on Monday, thanks to the hope-inducing announcement by Pfizer and BioNTech regarding the long-awaited COVID-19 vaccine. The news was a positive signal for investors, thus, many were encouraged to resume buying shares in airlines, regional banks, retail chains and other corporations most affected by the second wave of coronavirus. Many are starting to believe that soon, the situation of many companies will begin to improve.

However, even if there is an impressive rise in the stock markets, the coronavirus pandemic persists, day after day shocking us with new records for daily incidence. The progress of Pfizer is certainly great, but it is unlikely that the tide will turn overnight, as it seemed to the market.

In this regard, many experts believe that it is too early to make a structural transition from growth stocks to value stocks. The economy has suffered catastrophic damage, and the elimination of the consequences will take a long time. Market volatility is very much expected to persist.

There is a rather high chance that governments will resort to additional measures to help support the population and the economy, which means that the current enlarged government spending is not the end.

At the same time, the promising news about the vaccine and the active recovery of the US economy may cause doubts among US lawmakers, especially about the need for another fiscal support.

The long-awaited vaccine could be a powerful argument for Republicans to delay or scale down the stimulus package. However, analysts are fully confident that some support measures will be taken without fail. Among them may be assistance to airlines and other targeted measures, which US Senate Mitch McConnell spoke about before.

Analysts believe that the 500-billion dollar package previously agreed by the US government could significantly increase the demand for risky assets, as in their opinion, in the past few months, the market has been trying to focus on positive news. Therefore, in the long term, stock market indices may rush to new highs, but in the short term, there is still a lot to be done to achieve this.

In any case, on Tuesday, the yield on the 10-year US Treasury bonds rose from 0.957% to 0.970%, when investors were briskly selling government bonds, as a result of which their yield broke through the highest mark since mid-March.

Even the pan-European Stoxx Europe 600 increased by 0.9%.

As for the Asia-Pacific region (APR), major stock indices also closed in different directions. The reason for this, on the one hand, was the upcoming vaccine against coronavirus, and on the other was the news about the regulation of China’s technological sector.

Shares of Chinese tech giants have closed with a minus for two days already, against the background of new rules proposed by the Chinese regulator. The proposals put forward are intended to limit the growing monopoly in the sector of Internet companies.