The price of NZD/USD pair has risen by 400 points in less than a month, overcoming a lot of resistance levels on the way. And if it grew quite steadily, with deep corrective pullbacks last October, then this month, the New Zealand dollar has impulsively pulled up. Today, buyers of the pair have made another rally: NZD has strengthened by almost 200 points during the Asian session. Such a strong price movement was due to the RBNZ meeting, which results were reported during today’s Asian session. The regulator only strengthened the bullish mood for the pair, although there were quite alarming rumors on the market before the November meeting. But as soon as it became known that these rumors were not confirmed, the New Zealand dollar opened new price ranges, updating almost two-year high along the way. 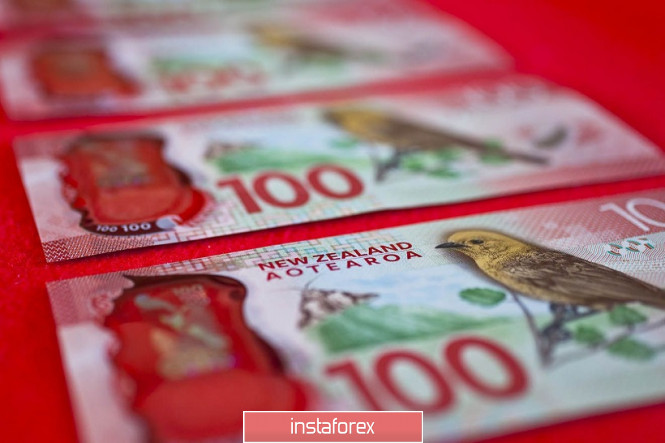 At the moment, the NZD/USD pair is approaching the level of 0.6900. The last time the price was at such a peak was during the start of 2019. Therefore, the current price growth is exceptional (for this year). So, we can say that traders’ optimism is not only due to the position of the RBNZ, as many factors have lately been in favor of the New Zealand dollar. First, we are talking about political factors. The last parliamentary elections in the country, which took place in mid-October, confirmed the stable position of the ruling party – Labour Party showed their best result in the last 50 years. The party of Prime Minister Jacinda Ardern could independently form a government, but at the same time, it included representatives of the Green one in the coalition, strengthening its position in parliament. Secondly, New Zealand was one of the first countries in the world to “defeat” COVID-19, after which their national economy began to gradually recover.

However, the recovery pace was disappointing. For example, New Zealand’s inflation rate collapsed into a negative zone, reaching -0.5% (quarterly terms) at the end of the third quarter. This is the first time since January 2016. The situation in annual terms is also not pleasing: the indicator slowed down to 1.5% again after two months of growth. New Zealand’s GDP in the second quarter collapsed by 12.2% compared to the previous three months – a record decline.

On the one hand, almost all key reports are somewhat late – in the third (and even more so in the second) quarter of 2020, the coronavirus crisis was at its peak. Therefore, it is not entirely correct to correlate these figures with the current condition. On the other hand, some representatives of the RBNZ have been urging their colleagues to take preventive measures for several months. Yuong Ha, RBNZ’s chief economist, said that the regulator needs to be more aggressive with stimulus – as in this matter it is better to start too early than to miss the optimal moment. At the same time, he called the rate cut an effective means of fighting the coronavirus crisis.

That is the reason why the intrigue of the November meeting persisted until the last moment. It is worth recalling here that the Reserve Bank of New Zealand knows how to make a surprise. Last summer, the regulator cut the rate by 50 b.p at once without any clear warning. This decision was felt far beyond New Zealand. Many experts suggested that the central banks of other leading countries would follow this example and resort to aggressive measures of monetary policy easing (these assumptions were later confirmed). But unfortunately after this, not only the New Zealand dollar suffered, but also the Australian one, as traders of the AUD/USD pair, feared similar steps from the RBA without a reason. 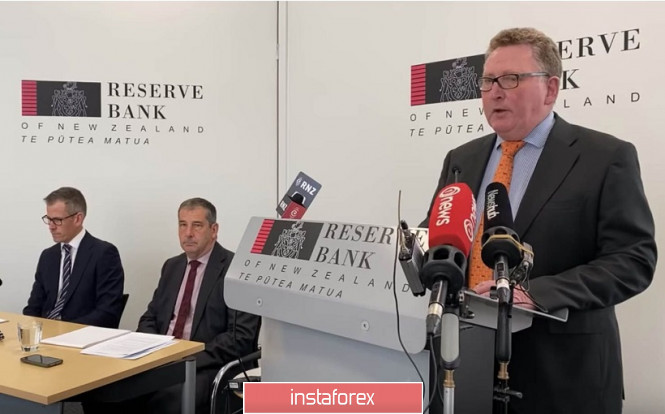 On another note, there was a high probability that a “dovish” scenario will be implemented before today’s RBNZ meeting. But to the delight of buyers of NZD/USD pair, the regulator not only maintained a wait-and-see attitude, but also made optimistic rhetoric. In particular, Central Bank’s head, Adrian Orr, said that the country’s economy turned out to be more stable than what was assumed. He also announced that the Central Bank intends to maintain the status quo at the rate at least until March. Thus, the regulator made it clear that it is not in a hurry to introduce negative rates, since the risks have now become more balanced than before. Given the high probability of the “dovish” scenario, the New Zealand dollar quite sharply rose, following the results of the November meeting.

It is worth noting that today’s meeting of the RBNZ was the last meeting for this year. Their next one will be held in February next year, and so, fluctuations in the NZD/USD pair will depend on the current macroeconomic statistics, external fundamental background and the behavior of the US currency until that time.

All of the above factors added positivity to the NZD in the medium-term. The technical side of the issue also talks about the priority of long positions on the NZD/USD pair. The pair is on the upper line of the Bollinger Bands indicator and above all the lines of the Ichimoku indicator on all higher time frames (except the monthly chart). The resistance level of 0.6950, which is in the upper line of the Bollinger Bands indicator on the monthly TF is the upside goal.