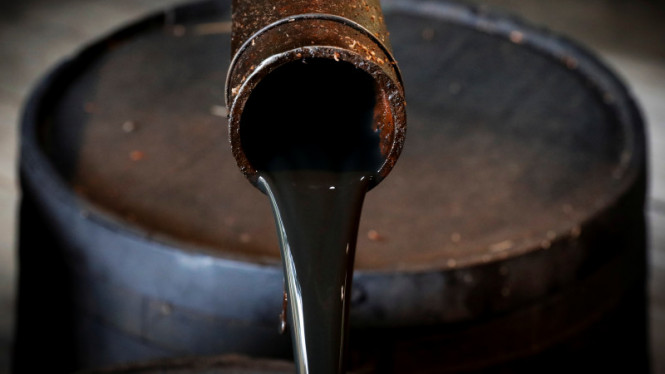 The price of crude oil has not lost its strength this morning and continues to show positive dynamics, which is well supported by data on the level of black gold reserves in the United States of America.

The previous two trading sessions for the week have already allowed raw materials to significantly increase in value to at least 11%. The reason for this positive development lies, first, in the result of the recent US presidential election. Second, the news about the development of a vaccine against coronavirus infection by the American Pharmaceutical Pfizer Inc. and German biotechnology company BioNTech which provided significant support to the hydrocarbon market. Perhaps, the second news was decisive for oil, since the worst fears for the market are related to the spread of COVID-19 and its impact on the global level of demand for crude oil.

The increase in the cost of oil is now happening despite the increasingly complex epidemiological situation of coronavirus infection. New anti-records are observed in the US and European countries. At the same time, governments continue to introduce new strict quarantine restrictive measures that worried investors so much until the last moment.

Nevertheless, interest in risky assets has rapidly gained momentum over the past week, but this does not mean that the situation in the markets is beginning to improve. Rather, this trend is related to hopes for future positive changes, namely the successful fight against COVID-19 and the accelerated pace of the global economic recovery.

Other experts surveyed by Bloomberg believe that the level of reserves will fall by an average of 1.9 million barrels. If this data is justified, the crude oil market will get an even greater boost to growth. Official data from the US Department of Energy is expected Thursday afternoon.

The price of futures contracts for WTI crude oil for December delivery on the electronic trading platform in New York also gained 0.87% or $0.36. Its current level is now consolidated at $41.72 per barrel. Tuesday’s trading session ended with a gain of 2.7% or $1.07.

Despite such significant positive dynamics in recent days, the forecast for the further movement of the oil price presented by the US Department of Energy does not look very attractive and encouraging. According to the assumption, the price of Brent will remain around $40 per barrel at least until the end of this year, and it will not be able to jump higher. At the same time, the average price of the brand next year may reach $47 per barrel, but it is unlikely to go higher.

It is already clear that Brent is losing ground somewhat. The average price level for October is $40 per barrel, which is $1 less than the level of the previous month. The reasons for this rather significant reduction were the increase in the production of raw materials on the territory of certain countries, in particular Libya, as well as the rapid spread of coronavirus infection. These same factors will continue to put pressure on the brand, reducing its cost even more for at least a couple of months in a row.

The good news is that, despite a huge number of constraints, the level of crude oil reserves in the world continues to fall. According to analysts, global demand for crude oil will recover well next year, which will reduce pressure on markets and allow the price to move up.