The market seems to have decided to stand still and ponder all the information available. And there really is something to think about. There are misunderstandings about the results of the elections in the United States, and the supposedly developed miraculous vaccine against coronavirus. So that’s enough. It is not yet clear what to do with all this. The counting of votes in the United States is still ongoing, and Donald Trump is committed to recounting the ballots through the courts. And not everything is so simple with the vaccine, since it turns out that the tests are still not completed and so far we are talking only about preliminary results. This vaccine has yet to be approved by the competent health authorities. But the dynamics of the shares of one of the companies developing this vaccine raises questions. From the very beginning of the week, their value has been steadily going down, which somehow does not correspond to the behavior of the shares of the company that have developed a drug that will save the whole world right now. Moreover, according to rumors, managers of this very company began to sell shares. It smells more like some kind of fraud. In general, straight out of a detective story. And so the euro stands still. It was not even impressed by the increase from 6,352,000 to 6,436,000 in the number of job openings in the United States. But this suggests that unemployment will continue to decline. And this despite the fact that the latest report from the Ministry of Labor showed a fairly significant decrease in the unemployment rate. And from all this we can conclude that today the market will stand still, waiting for tomorrow, which will be extremely saturated. 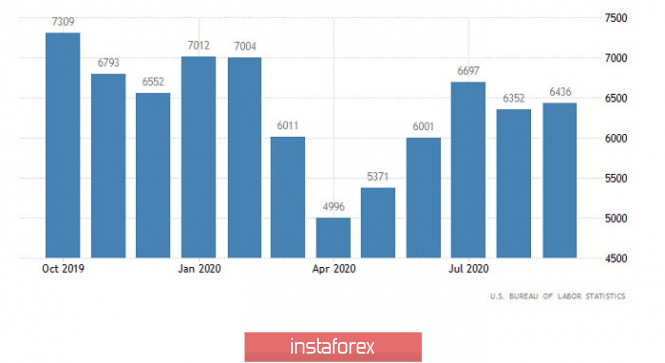 The EURUSD pair went into a stagnation mode, after an intensive downward movement on Monday and the first half of Tuesday, where the 1.1800/1.1845 coordinates became the borders. The scale of the decline is about 130 points, which is considered by the market in terms of a corrective move relative to the inertial upward movement.

If we proceed from the quote’s current position, then we will see the price approaching the upper border of stagnation, where, in the event of triggering a regular basis, a reverse move is not excluded.

A slowdown is recorded in relation to the market dynamics, with the manifestation of short-term speculative manipulations.

Considering the trading chart in general terms (daily period), it is worth highlighting that since the beginning of November there has been a predominant upward interest, which brought the quote to the 1.1920 level, against which a correction occurred.

We can assume that fluctuations in the variable range 1.1800/1.1845 will remain on the market for some time, where the best trading tactic is the breakout of the established boundaries.

From the point of view of a complex indicator analysis, we see that the indicators of technical instruments on the minute and hour intervals indicate a sell signal by keeping the price based on the corrective course. Daily periods continue to signal buy, referring to the inertial upward trend of the past week. 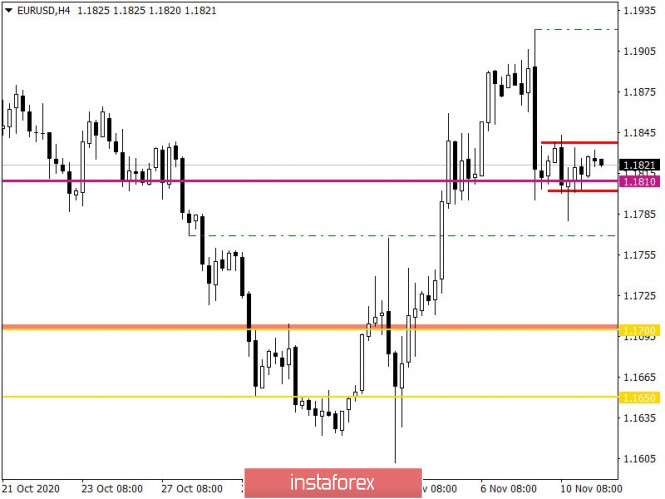