There was low activity and uncertain dynamics during yesterday’s trading on world markets. Stock markets continue to rise in Europe, but its growth in America has clearly slowed down. At the same time, the movement of the major pairs in the currency market was ambiguous and multi-directional.

What is the reason for this market behavior?

We can say that the rally in the stock markets halted based on J. Biden’s victory in the US presidential election. Also on Monday, it received an additional impulse in the wake of news from Pfizer and BioNTech companies, who announced a 90% success rate for COVID-19 vaccine trials.

Here’s the specific reasons for this. First, there is still a lack of official recognition of Biden as US President. Second, investors want to see or, as they say, feel the real result of these statements about the success of the vaccine. Now, since the market is focused on these two issues, they almost did not pay attention to the incoming statistics and even the number of cases of COVID-19. Therefore, only significant changes regarding these two issues can lead to a rally in the stock markets again after a consolidation period.

In the currency market, everything is under the external influence of the situation on the stock markets, as the demand for risky assets (company shares) put pressure on the rates of the US dollar, Japanese yen and Swiss franc, which particularly have sharply declined against the USD for the past two days.

We have already pointed out earlier that the weakness of the dollar, confirmed by massive stimulus programs, is justified. However, the desire of other world Central banks, whose currencies are also under pressure for reasons of monetary policies and stimulus measures from these Central banks, does not allow them to strengthen against the US currency. Due to this, we are seeing a broad, range-based trade, which seems to not end soon.

If we assess the current conditions, it is believed that the general behavior of the markets will continue in the near future until the question of who won the presidential elections in the United States is resolved and when the COVID-19 vaccine will become freely available.

The GBP/USD pair has recently risen and is technically overbought. Its decline below 1.3245 may lead to a price decline to the level of 1.3175. 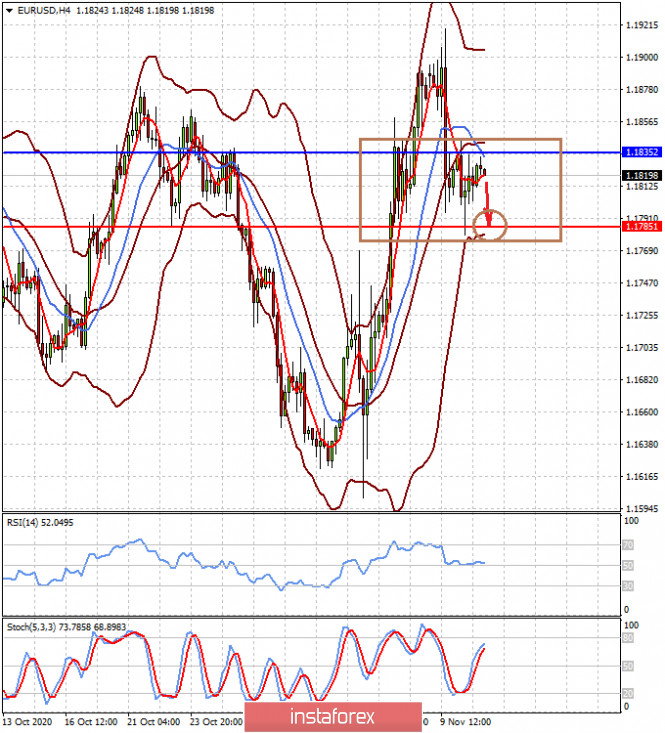 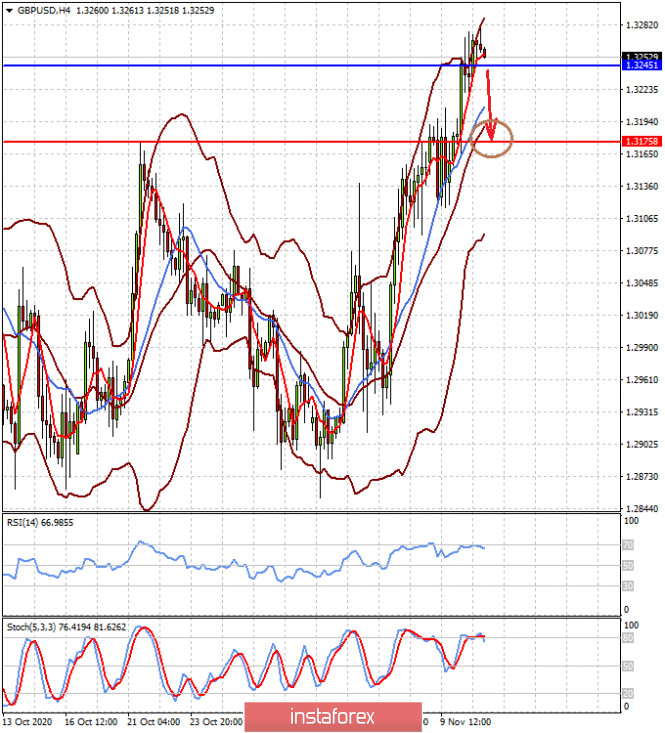 Analytics and trading signals for beginners. How to trade EUR/USD on November 24? Plan for opening and closing trades on