The US elections have ended. However, according to a latest poll, 70% of Republicans do not believe that it was “free and fair,” even though Joe Biden won a pretty impressive victory as per the electoral tally. As a result, Republican voters’ confidence in the system plummeted, and about 78% of them believe that it was the mailing of ballots that provoked widespread election fraud. Meanwhile, about 72% reckon that there was a falsification of ballots. 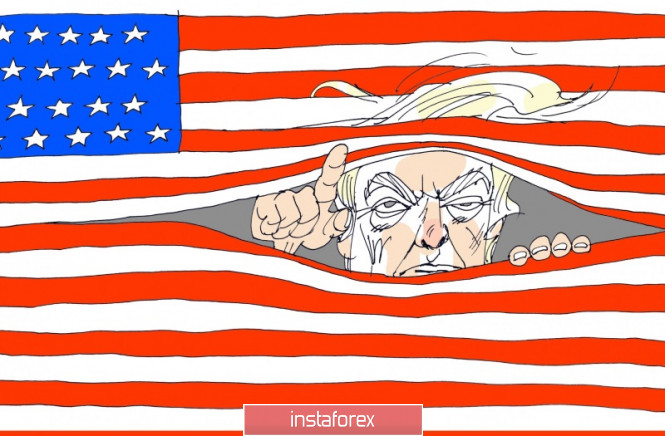 Even the Republican candidate, incumbent president Donald Trump, went to court to challenge the election results and proposed to recount the votes. However, there is a high chance that little will come of it.

As for the Congress, the US Democratic Party secured a majority in the House of Representatives, having won 218 seats. However, this can hardly be considered a victory, since before that they had 232 votes. In any case, this advantage will allow them to carry out their initiatives, as they will have the power to control the House for four consecutive years.

In another note, the European Central Bank is scheduled to have a conference today, during which they will address the economic recovery of the entire euro area. However, the current situation with the coronavirus will most likely affect the tone of the statements, and if its president, Christine Lagarde, touches on the topic of vaccines, demand for the European currency may rise in the market.

According to the latest forecasts, the second wave of COVID-19 and the renewed uncertainty in the economic outlook could lead to a serious decrease in the eurozone’s GDP in the 4th quarter of this year. Therefore, it is important for investors to understand whether the ECB will focus on the development of a vaccine or will stick to its plan and engage in further stimulation and support of the economy. The second option is, of course, more likely.

As for the technical picture of EUR / USD pair, the bears need to focus on the support level of 1.1800, as only its breakdown will lead to a new bear market that can push the euro to the lows of 1.1740 and 1.1660. Meanwhile, an upward move will resume if the bulls manage to regain control over the resistance at 1.1860, as such will lead to an immediate leap towards the monthly highs of 1.1915, and then to an increase towards the level of 1.1970.

Yesterday afternoon, there were also a number of speeches from the Federal Reserve, talking about the need for fiscal policy.

For example, Boston Fed Chief, Eric Rosengren, noted that additional fiscal and monetary support is now advisable, since a timely and prompt action is very much needed when facing a crisis. According to him, economic recovery now depends on taking the virus under control.

Dallas Fed President, Robert Kaplan, said the same thing, but drew attention to the fact that it is still unclear what will happen to the economy in the 4th quarter. Nonetheless, Kaplan expects to see new fiscal stimulus, as the next couple of quarters will be very difficult for the US.

One thing is clear though: if additional support is not given, pressure on the US economy will rise again, as the likelihood of a lockdown will increase. It is now necessary to more closely monitor the risks associated with the COVID-19 pandemic.

In terms of economic statistics, confidence of small businesses in the US remained at a very high level in October this year, having maintained an index value of 104.00, the same as in September. The data fully coincided with the forecast of economists.

The New Zealand dollar rose sharply yesterday, immediately after the Reserve Bank of New Zealand left the official interest rate unchanged at 0.25%. Many expected the central bank to go for further policy easing, including an introduction of negative interest rates. However, the RBNZ promised instead to provide banks with cheap financing to stimulate lending, announcing that a new loan program will be launched in December this year.

Therefore, since the RBNZ is ready to take new measures, the scenario of negative interest rates can be ruled out for now, which gave confidence to the bulls, who managed to break the quote above the resistance level of 0.6850. This means that the upward trend in the NZD / USD pair will continue, and its target will be the resistance level of 0.6935. A breakout from which will lead to a move towards 0.6980, and then towards 0.7060.