This week, any decline in the pair should be considered from the point of view of the opportunity to get favorable purchase prices. The Central Bank of Europe held the price of EUR/USD above the level of 1.1796, which indicates support for the growth of the European currency for the next 5 days. 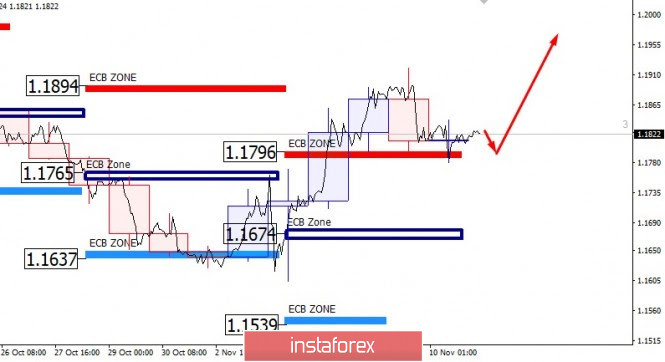 It is important to determine the zone for profitable purchases which will become relevant after the closing of today’s trading. If the opening of the European session occurs at the current levels, this zone will become the defining one for the upward momentum. It is worth remembering that the growth structure of the last six days indicates support for growth from major players. Monday’s movement allowed us to form a pattern of absorption for the daily level, so we should expect an update of the weekly maximum no earlier than Thursday.