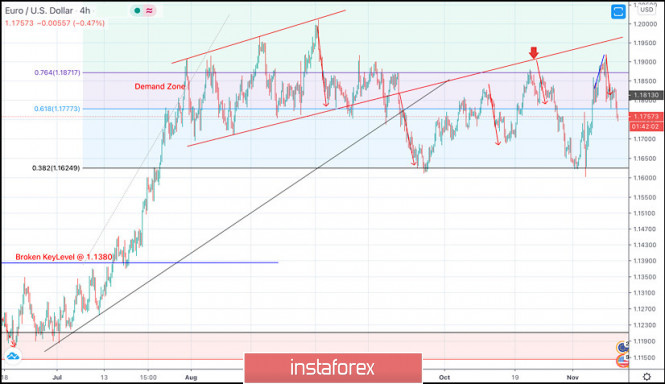 Intraday traders should have noticed the recent bearish closure below 1.1700. This indicates bearish domination on the short-term.

The recent bullish pullback towards the price zone of 1.1870-1.1900 was supposed to be considered for signs of bearish rejection and another valid SELL Entry. S/L should be placed just above 1.1950.