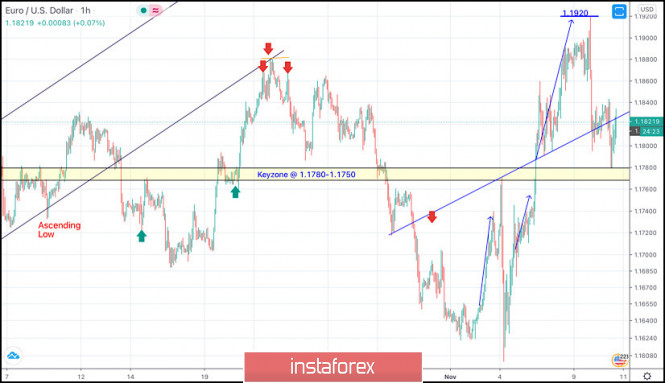 Early signs of bullish reversal were demonstrated around the current price levels of 1.1600.

The EUR/USD pair has demonstrated a significant BUYING Pattern after the recent upside breakout above the depicted price zone (1.1750-1.1780) was achieved.

As mentioned in the previous article, the pair has targeted the price levels around 1.1920 which exerted considerable bearish pressure bringing the pair back towards 1.1800.

Currently, the price zone around 1.1800 stands as a significant SUPPORT-Zone to be watched during the current downside pullback for a valid BUY Position. Exit level should be placed below 1.1740.