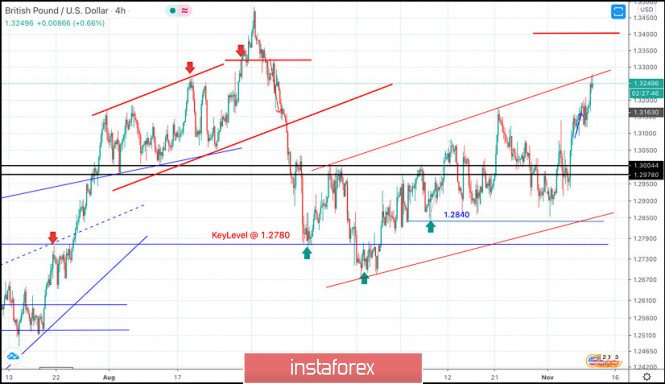 The price zone of 1.3100-1.3150 (the depicted channel upper limit) constituted an Intraday Key-Zone that offered considerable bearish pressure on the GBPUSD Pair.

Bullish Persistence above the mentioned price zone of 1.3100-1.3150 was supposed to allow bullish pullback to pursue towards 1.3400 as a final projection target for the suggested bullish pattern.

That’s why, the recent bullish breakout above 1.3000 has enabled further bullish advancement towards 1.3250-1.3270 where the upper limit of the current movement channel is located.

Price action should be watched around the current price levels (1.3250-1.3270) for signs of bearish pressure as a valid SELL Entry can be offered. Initial bearish target is located at 1.3000. While S/L should be placed above 1.3300.