Europe is suffering from the spread of COVID-19 once again, which is reflected in the quotes. Thus, investors are very concerned that the country may re-introduce the same restrictive measures that happened last Spring. In France and Spain, the number of confirmed COVID-19 cases has surpassed the one million mark. The Spanish authorities have even proposed to the parliament to extend the recently introduced measures for another six months. At the same time, Italy announced that if the situation does not normalize in the next few days, the country’s authorities will be forced to dramatically tighten their restrictive measures. Apparently, France has almost no choice but to follow the path of Spain and Italy. However, what is much worse is the significant growth of cases in Germany, which significantly surpasses everything that was observed in the spring.

Therefore, investors really have a reason to fear the re-introduction of quarantine which can lead to the closure of shops, cafes and other institutions. These are enormous losses and it is clear that these businesses, especially small and medium-sized businesses, had no time to recover from the spring losses. Therefore, they may simply not survive the reintroduction of severe restrictions. Since the authorities of various countries are well aware of this, it is what keeps them from imposing strict restrictions, despite the clearly much more difficult condition than in the spring.

From the point of view of technical analysis, the pound declined for the euro, since a trade agreement with the European Union is now on the agenda in the UK, so Boris Johnson’s government does not make any loud statements regarding the COVID-19 situation. 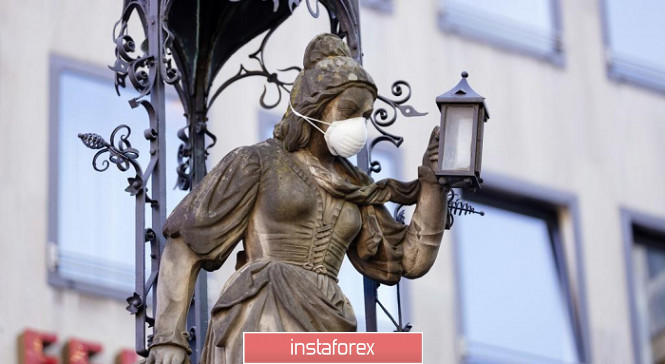 At the same time, the US statistics are completely ignored by the investors, which turned out to be not quite as expected. The news itself, which was published yesterday, rather belongs to the category that usually does not interest the markets. We are talking about the sale of new homes in the United States, which declined by the same 3.5%, instead of growing by 3.5%. 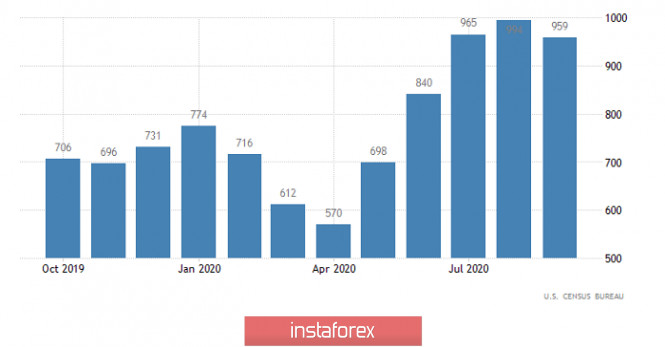 Today, everyone will closely monitor what European countries intend to do in terms of preventing COVID-19 from spreading further, which is definitely putting pressure on the euro. On the other hand, this topic is practically banned in the US until the presidential election takes place, although the country is confidently leading in the number of confirmed cases of coronavirus.

If the authorities of European countries are restrained in their statements, then orders for durable goods in the United States will come to the rescue, which may show growth of 0.4%. This indicator is much more important than yesterday’s sales of new homes. After all, the growth of orders indicates the growth of industry and retail sales. For them, orders are a leading indicator. Therefore, the US dollar can continue to strengthen today, albeit limited. 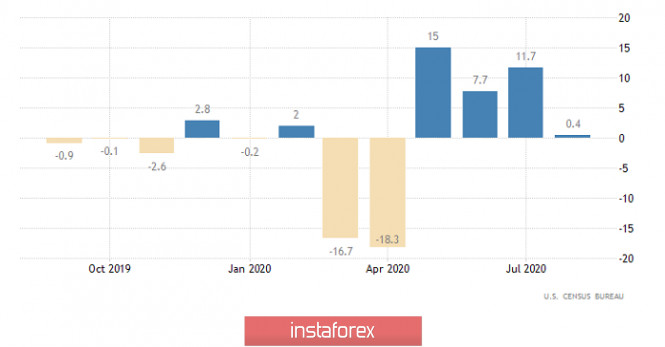 The EUR/USD pair moves in a variable range between the price levels of 1.1810 and 1.1865, consistently working out the set boundaries. We can assume that the given dynamics will still persist in the market, where the main volumes will appear outside the limits. The method of breaking one or another limit of the range is considered to be the best trading tactic. 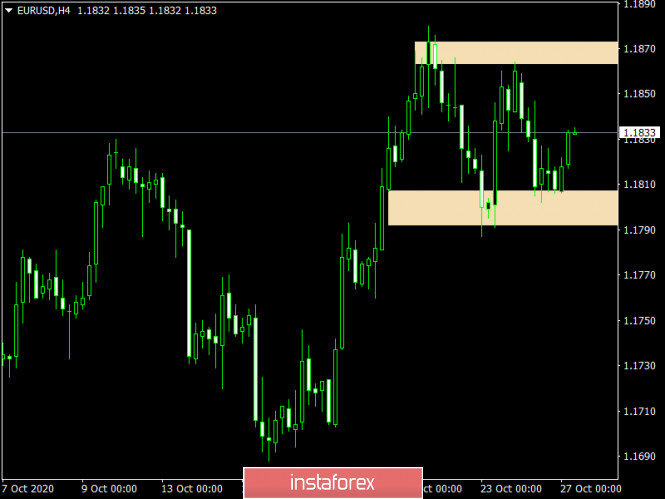 The GBP/USD pair reached the psychological level of 1.3000 again, where the price rebound on a natural basis. We can assume that the risk of a price rebound will remain in the market as long as the quote does not consolidate below 1.2990. The next pivot points for the upcoming decline may become coordinates 1.2930 and 1.2860. 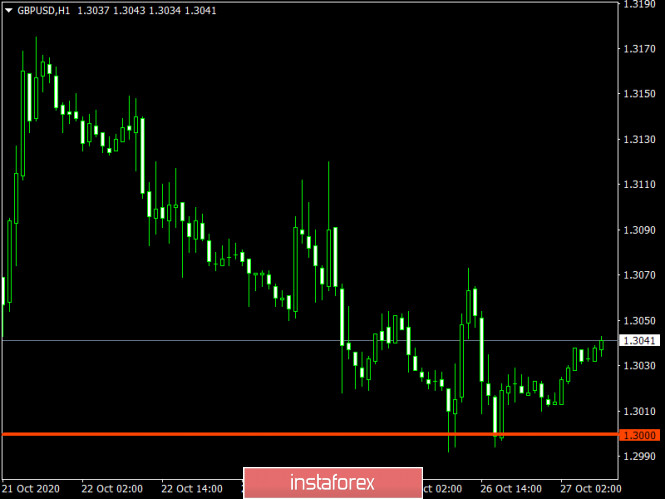