The market drew a sell signal in the euro yesterday, however, the downward movement only to 15-20 pips. Nevertheless, demand for the currency remains low, mainly due to the continued attack of COVID-19 in Europe, as well as on the decreasing business confidence in Germany. 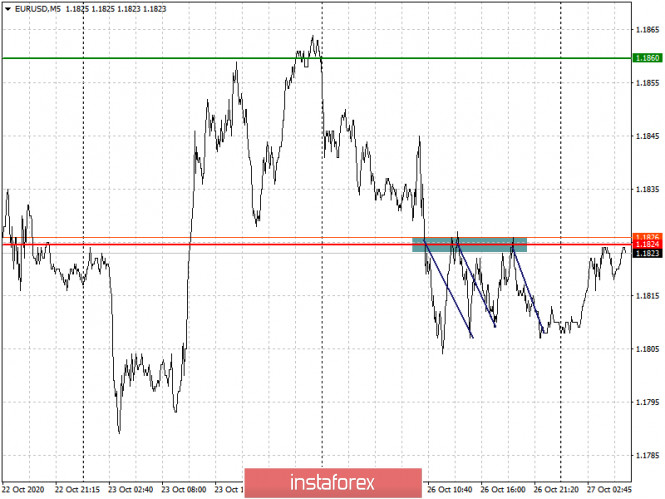 Today, a number of reports on lending in the eurozone, as well as on consumer confidence in the United States will be published, and they could put significant pressure on the euro, especially if the indicators came out above the forecasts of economists. To add to that, the deteriorating situation with the coronavirus will also discourage investors from betting on the strengthening of the euro in the short term. 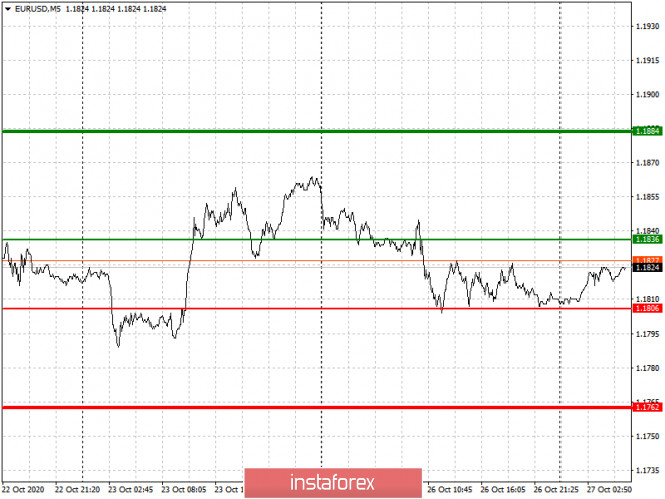 The pound traded in a sideways channel yesterday, so as a result, no profit was obtained both on long and short positions in the market. Only repeated sales from the level of 1.3016 were quite successful, however, it only covered the capital of traders. 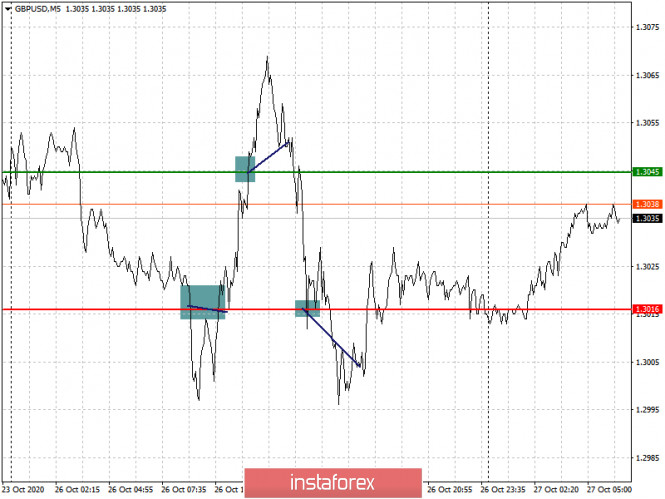 Since there are no economic reports scheduled for release today, the attention of traders will be shifted on the next round of negotiations between the UK and the EU over the long-disputed post-Brexit trade deal. Good news about it will lead to a new wave of growth on the British pound, whereas a bad news could lead to another decline in the GBP / USD pair. 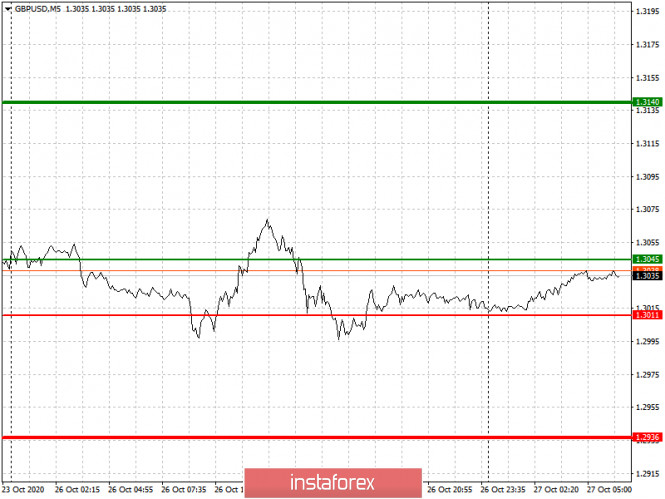