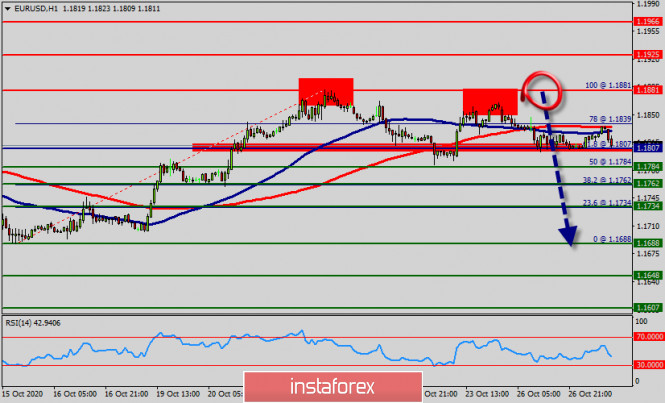 Also, the level of 1.1807 represents a weekly pivot point for that it is acting as major resistance/support this week.

Amid the previous events, the pair is still in a downtrend, because the EUR/USD pair is trading in a bearish trend from the new resistance line of 1.1839 towards the first support level at 1.1784 in order to test it.

Moreover, the RSI starts signaling a downward trend, as the trend is still showing strength above the moving average (100) and (50).

However, the stop loss should always be taken into account, for that it will be reasonable to set your stop loss at the level of 1.1925.