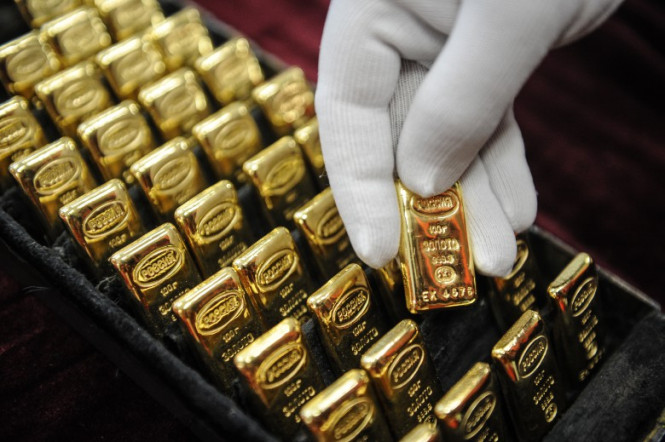 This morning, gold was trading in negative territory mainly due to the strengthening of the US dollar against its major rivals.

In the morning trade, gold futures for December delivery declined by 0.34%, or 6.4 US dollars. Currently, the price has consolidated at around $1,898.8 per troy ounce. Silver futures contracts for December also fell by 1.26%, approaching the level of $24.3 per troy ounce.

The main reason for today’s depreciation in gold is the rapid change in the US dollar rate. The greenback has sharply changed its direction and began to move upwards. Thus, gold is getting too expensive for holders of the US currency, and they choose not to buy gold and wait for better times. Meanwhile, the US dollar asserts its strength amid a surge in the number of new coronavirus cases not only in the United States but also all around the world. Besides, the protracted negotiations over a new fiscal stimulus package in the US and the lack of clarity on when the package will be adopted also push the US dollar higher. Earlier, markets expected the stimulus bill to be passed before the US presidential election. Now, this hope is gradually fading, thus boosting the rise of the US national currency.

The precious metal market began to fluctuate sharply last week. In the middle of the week, gold skyrocketed above the level of $1,930 per troy ounce. Later, the rise was followed by a rapid decline at the end of the weekly session. As a result, the precious metal settled near the level of $1,900 per troy ounce. Such high market volatility indicates instability caused by several factors.

The gold’s future trajectory will largely depend on the outcome of the US presidential election. Analysts believe that if Joe Biden wins, the quotes of precious metals will surge, while the US dollar will again extend its losses.

In the meantime, upbeat economic data from the US has sparked investors’ interest in risk assets. Thus, the number of initial jobless claims in the country fell to a record low of 787 thousand last week. Moreover, the business activity index has significantly increased. All this has led to an inevitable decline in gold prices.

Nevertheless, mid-term and long-term forecasts for the gold market still remain bullish. Analysts think that commodities will regain their popularity among traders at the very beginning of 2021. The depreciation of the American currency, the increase of inflation risks, as well as the possibility of a larger financial stimulus in the US will contribute to the risk appeal. According to estimates, the value of gold may well jump to $2,300 per troy ounce next year, and this is not the limit. This year, the average price of gold is holding near $1,836 per troy ounce.

Gold is likely to get its main driver right after the US presidential election, which will become the starting point for a new gold rally.