The Australian dollar carried on with its steady decline, yesterday it hit the first target of 0.7055. Lowering in the price below this target level opens a subsequent target of 0.6960 near the support of the nested line of the monthly chart price channel (blue line). The Marlin Oscillator is declining in the negative zone and we are anticipating further development of the downward movement. 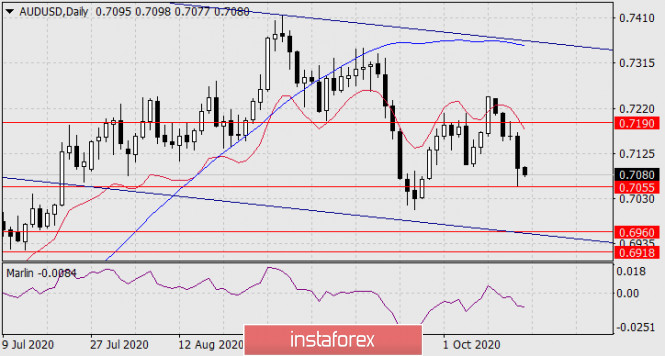 On the four-hour chart, the price is reduced under both of the indicator lines. The Marlin Oscillator is declining in the zone of dominance of the bears. We are anticipating the Australian dollar at the price of 0.6960. 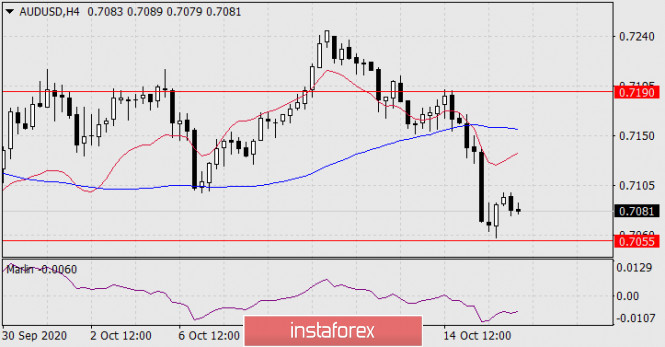