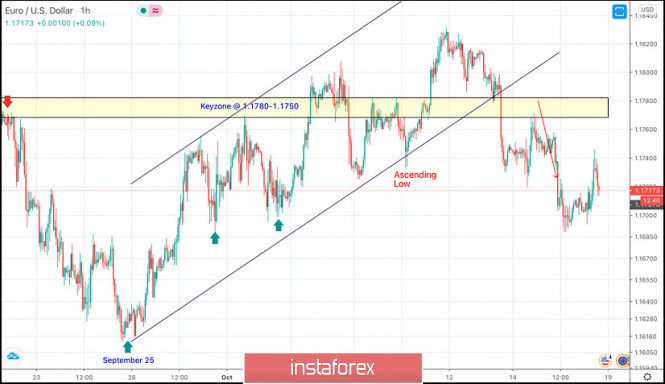 Any upside pullback towards the depicted zone (1.1750-1.1780) should be considered for another valid SELLING Opportunity.