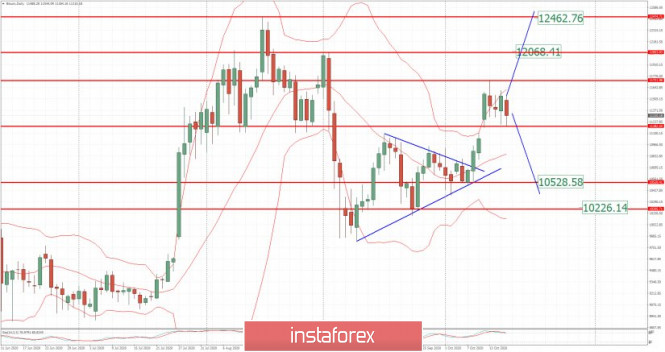 Analyzing the current trading chart of BTC, I found that there is consolidation process and that waiting for the breakout would be best advice.

Watch for the breakout to confirm further direction