The EUR/USD pair has made another lower low after it was rejected from the level of 1.1822. This is the 61% Fibonacci retracement level on the weekly time frame chart and had been tested many times in the past and even this time the bears were stronger than bulls again. The market has made the lower low at the level of 1.1692, just below the technical support seen at the level of 1.1696. Despite the oversold conditions, the momentum remains weak and negative, which support the short-term bearish outlook. 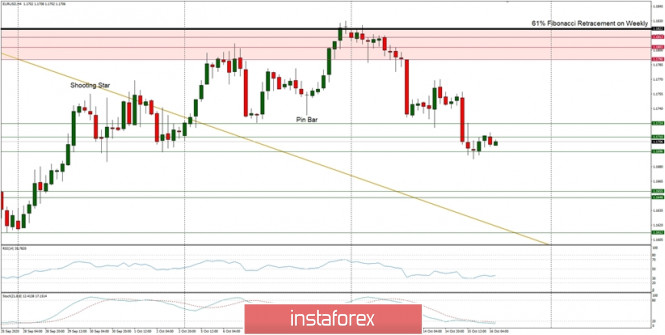 Technical Analysis of ETH/USD for October 30, 2020

Technical Analysis of BTC/USD for October 30, 2020