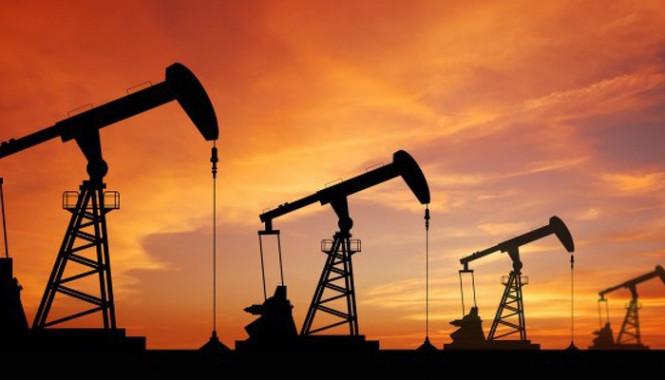 Crude oil prices skyrocketed Thursday morning. The main reason for the positive sentiment lies in the data on crude oil reserves in the U.S. According to the latest information, the level of stocks of black gold fell significantly last week due to increased demand from buyers.

According to the American Petroleum Institute, stocks of raw materials last week, which ended October 9, decreased immediately by 5.4 million barrels, the level of gasoline became less by 1.5 million barrels, and distillates went down by 3.9 million barrels. Reserves at the strategically important terminal in Cushing, on the contrary, increased by 2.2 million barrels.

However, we are still waiting for the official estimates from the US Department of Energy, which plays a decisive role. If a significant drop in the level of crude oil reserves is confirmed, quotes will get an additional incentive to grow, and investors will have more reasons to buy, which means that oil will continue to increase its value.

Market participants are feeling pressure on the unfavorable forecasts for the level of oil demand in the medium and long term. The second wave of the coronavirus pandemic is gaining momentum, which, of course, cannot but affect demand. The restrictive measures that are being re-introduced in the countries of the world will inevitably affect the reduction in demand for oil raw materials, as it was already in the spring of this year. On Wednesday, France introduced a state of emergency in the country, which will fully come into force beginning Saturday. Of course, this state of uncertainty brings further adjustments.

The report from the International Energy Agency, on the contrary, looks quite optimistic, despite the continued increase in coronavirus infection. Analysts believe that by 2021, demand for crude oil will rise by 5.5 million barrels per day and reach 97.2 million barrels. Moreover, the agreement on reducing the production of black gold, ratified by OPEC, was fulfilled by 103% in the first month of autumn this year. The countries that are members of the organization can boast the biggest declines: they were able to contain their production by 106%. But non-OPEC countries fulfilled their obligations by 99%, which is also quite good. According to some reports, OPEC considered the possibility of additional production cuts, but this issue remains open for now. In the event of a decline in demand and a rapid increase in production in the U.S. and Libya, this possibility will be considered by OPEC in more detail.

The price of futures contracts for Brent crude oil for delivery in December on the trading floor in London slightly moved up by 0.07% or $0.03. Its current price is $43.35 per barrel, which was evidence of the continued potential for growth to the strategically and psychologically important level of $45 per barrel. Wednesday’s trading ended with an increase in the value of contracts by 2.1% or $0.87.

The price of futures contracts for WTI light crude oil on the electronic trading platform in New York also rose 0.1% or $0.04, which left it at $41.08 per barrel. Wednesday’s trading session ended with an increase of 2.1% or $0.84.