Ideally, the US dollar was expected to continue strengthening yesterday after taking a break before the US session started. After rising inflation, the rise in producer prices should have supported the US currency. However, everything went wrong due to one problem – Brexit. Apparently, Boris Johnson made a statement that once again contradicts everything that he not only said, but also did before, realizing that the EU leaders will blame him for the lack of progress in the negotiations on a trade deal during today’s EU summit. He said London is not ready to leave the European Union without a trade agreement. If it is true, then why did he initiate a Law on the Protection of the Internal Market of Great Britain? Is it just a blackmail?

Nevertheless, his statement gives the pound hope that there will be no unregulated Brexit. That is, some kind of agreement will still be signed. Another thing is that the methods of achieving the desired look somewhat suspicious. However, this was enough for the pound to show good growth, which is based solely on emotions. Indeed, nothing significant has happened, as Boris Johnson has previously made conflicting statements regarding Brexit. 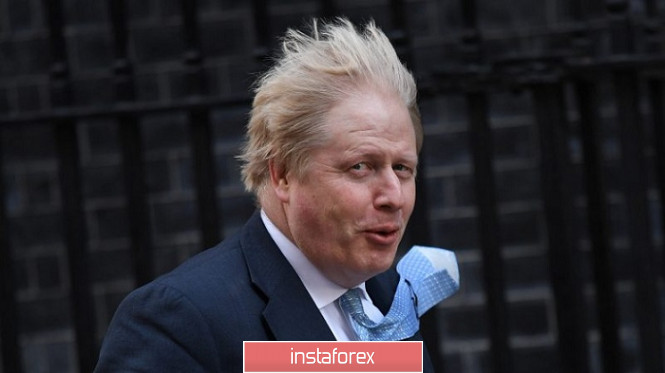 Boris Johnson’s statement yesterday really surprised investors. This coincided with today’s EU summit, during which the progress of the negotiation process should be discussed. As a result, investors have simply ignored Europe’s data on industry. The decline rate in industrial production rose from -7.1% to -7.2%, although it was only due to the revised previous data. However, this does not change the fact that industrial production in Europe has been declining for almost a year in a row. Thus, the state of affairs in the European economy is clearly far from ideal, since it all began long before the COVID-19, which everyone is blaming now. If you carefully read the ECB’s minutes, you get the impression that all the problems are connected precisely with the pandemic as if there is no trace of stagnation that lasts for a long time. This only means that no one intends to solve real problems or it is possible that the ECB have no idea how to deal with them. 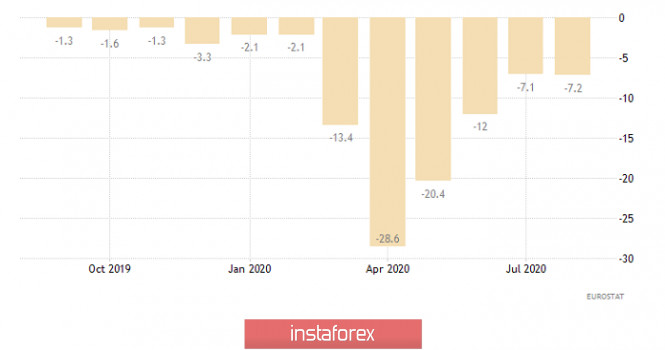 At the same time, many were so confused by Boris Johnson’s statement that they did not notice the US producer prices, which should have become the starting point for the dollar’s further strengthening. After all, the decline in producer prices, the rate of which was -0.2%, gave way to growth. Now, their growth rate is 0.4%. This indicates that US inflation will continue to rise. Therefore, there is clearly a reason for the dollar to be positive. 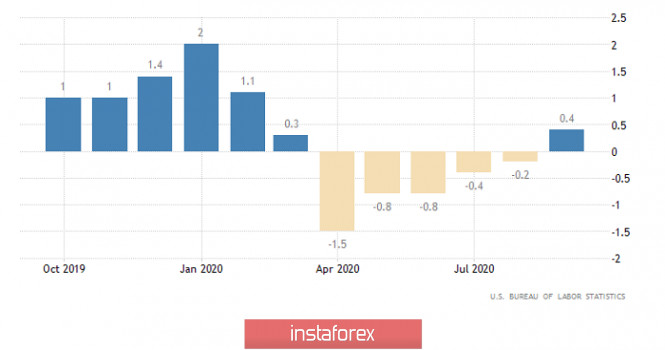 Today’s main event will be the EU summit, which will discuss the course of Brexit negotiations. Most likely, all participants will express their desire for an early, successful resolution of this problem and their desire to achieve a mutually beneficial trade agreement. But they will blame the UK along the way for the lack of progress, which is expected. The key issue will be the timing of this very agreement. Recently, Boris Johnson has gotten to everyone’s nerves, particularly the UK Home Market Protection Act. So the EU leaders can announce that they intend to make a final decision on the trade agreement on November 15. Let me remind you that the deadline was just October 15, but Boris Johnson agreed to extend the negotiations for another month. In other words, everything remains as it is. In view of this, the emotions should somewhat calm down, but then everyone will again realize again that something is wrong which is not very good for the pound. However, there is a chance that European Union leaders may be willing to give London even more time. But in this case, the pound may soar even higher. Therefore, the market will be waiting for at least some statements and details. 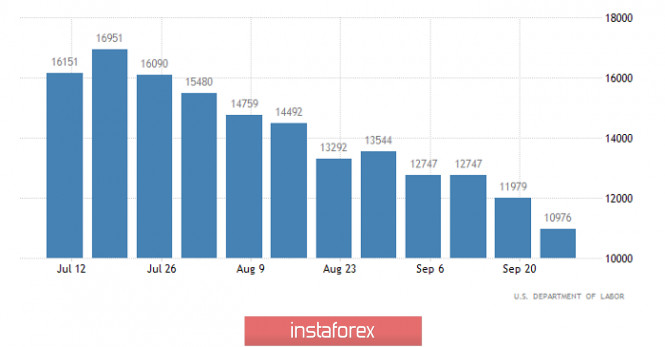 The EUR/USD pair found support in the area of the local low on October 7 – 1.1725, which resulted in a slowdown and a variable flat 1.1725/1.1765. We can assume that the movement along the course of the side channel still persists for some time in the market, where the work is based on the method of breaking a particular range limit. 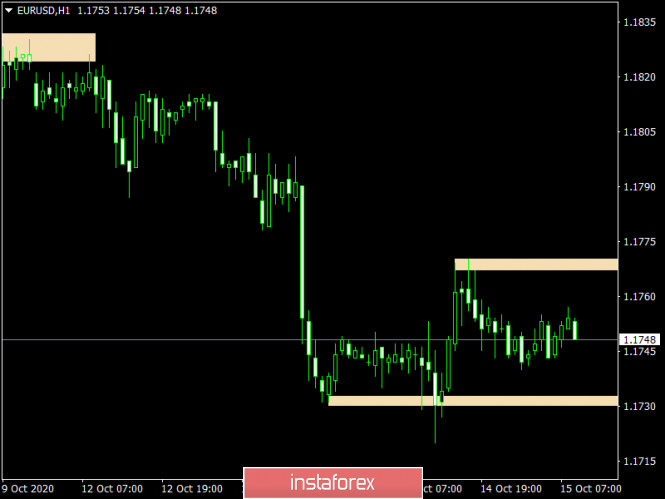 The GBP/USD pair showed a very high activity. As a result, the quote returned to the area of the high of the recent correction of 1.3060/1.3080, where there was a stop, followed by a pullback.

We can assume if the price is kept below the 1.3000 level, a recovery process may occur in the direction of the level of 1.2950. Alternatively, there will be another scenario if another information noise flow will occur, which will provoke speculators to make price surges. 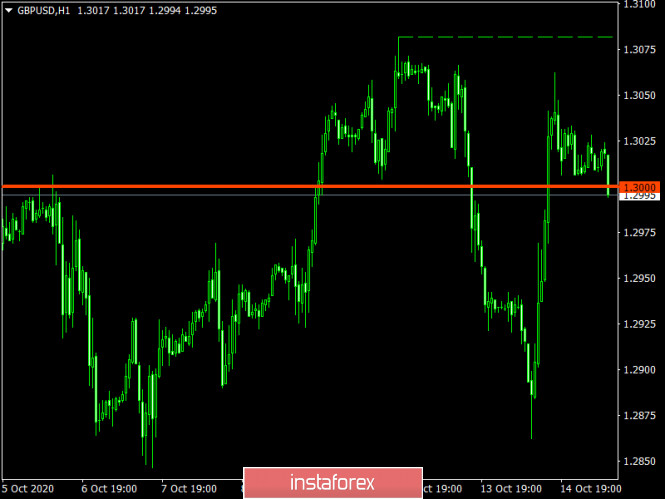