The situation has not changed for the euro over the past day. Trading was weak on Wednesday, the price is also settling below the 1.1754 level. The Marlin oscillator moves along the border that separates the growth zone from the decline zone on the daily chart. Outwardly, the situation is neutral, but the price is developing below the red balance indicator line, which means consolidating in a dynamic downward trend. The 1.1650 target is dominant, the probability of reaching it is 65-70%. 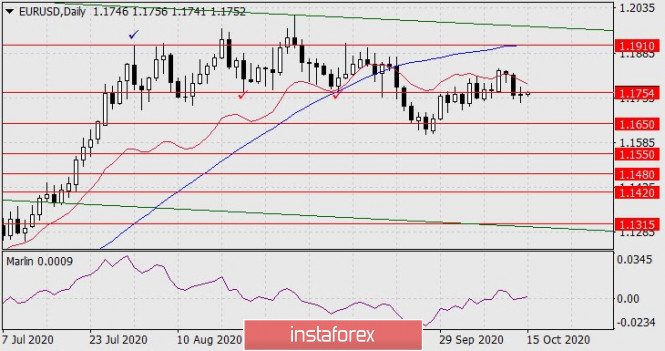 The four-hour chart shows that yesterday’s attempt to go beyond the area above the MACD line turned out to be weak, the price has already settled below it and is ready to continue its decline. The Marlin oscillator is growing in the downward trend zone, but this growth in structure is the indicator unloading before declining even deeper. 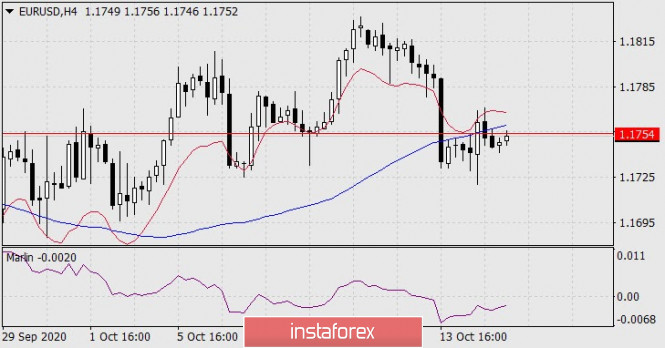