The Australian dollar retested the 0.7190 level from below on Wednesday, and immediately retreated from it. The signal line of the Marlin oscillator continues to decline in the negative area. The 0.7055 target, which we previously defined, has become even closer. The MACD line is turning down, this is a sign of an emerging medium-term (up to six months) decline. 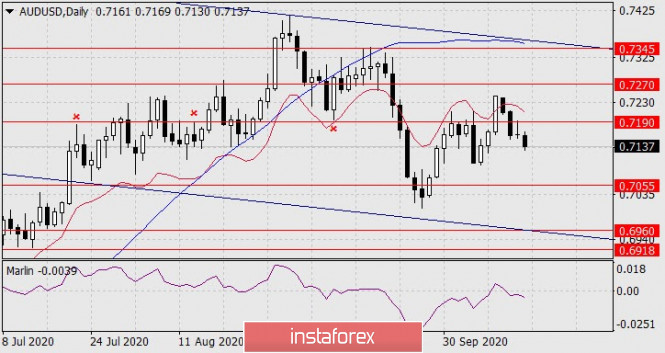 The price went under the MACD line on the four-hour chart, the Marlin signal line turned downward from the border of the growth territory, the downward trend is strengthening. We are waiting for the price at the first target of 0.7055. 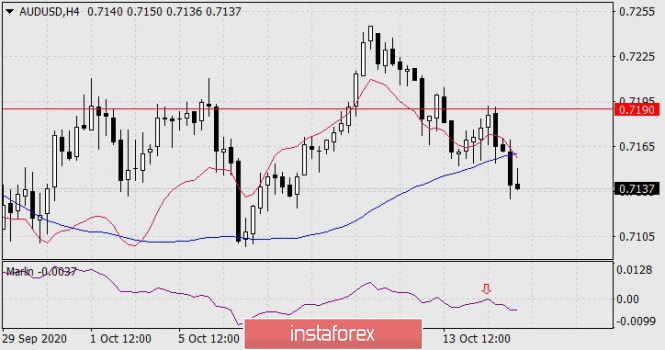