The Japanese yen strengthened by 30 points yesterday, slightly falling short of the support of the embedded price channel line (104.98). The price is currently trying to go back to the area above 105.30. But it is not enough for the price to only gain a foothold above this level; at present, the balance line (red indicator line) is acquiring a strong value, which kept the price from growing for the last week. The MACD line has been holding back growth since September. 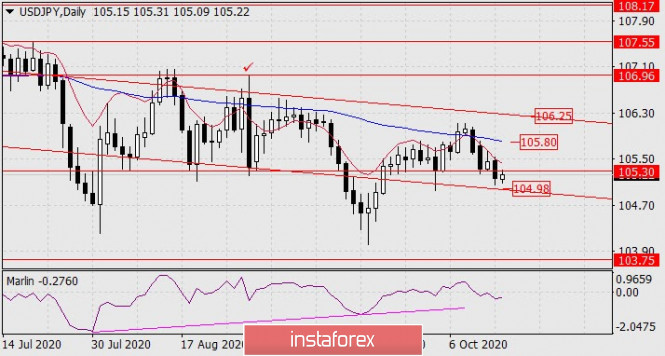 All this poses a difficult task for the price to overcome both of these indicator lines and also gain a foothold above them. And this is so that we could reach the relatively near target of 106.25, formed by the embedded price channel line. The Marlin oscillator is still in a depressed mood; it has not yet returned to the positive zone. If the price goes beyond the area below the 104.98 level, the price may continue to decline to the target of 103.75 formed by the high of May 2013. 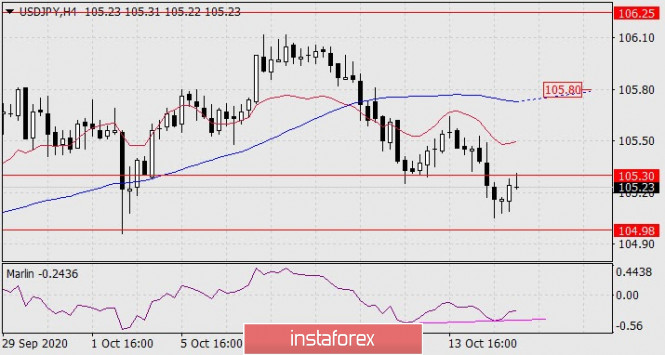