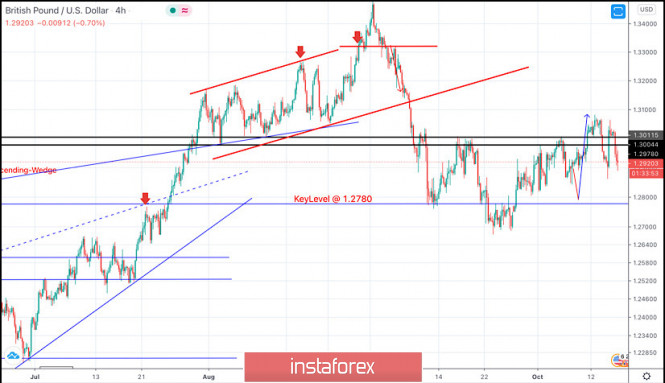 Bullish Persistence above the depicted price zone of 1.2975 -1.3000 is needed to allow bullish pullback to pursue towards higher price levels.

However, the GBPUSD pair has been showing lack of sufficient bullish momentum to pursue above the price level of 1.3000 upon the last few bullish trials.

Hence, another bearish decline towards the price level of 1.2780 can be expected to gather sufficien bullish momentum.

Otherwise, the GBP/USD remains trapped around the current price zone of 1.3000 further bullish advancement is achieved towards 1.3100 and 1.3150.