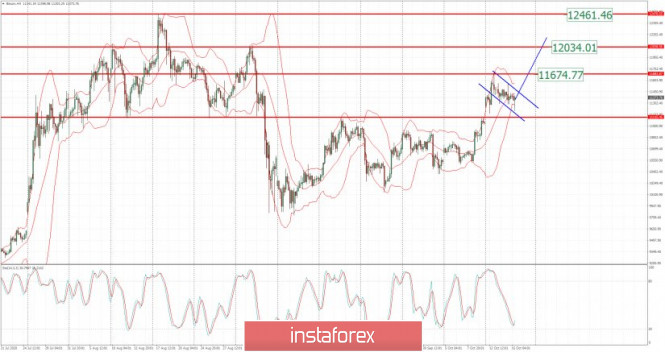 Analyzing the current trading chart of BTC, I found that there is the potential completion of the bull flag pattern in the background based on the 4H time-frame.