USD/CHF is trapped within a down channel but it seems determined to escape from this pattern and to turn to the upside again. Still, another leg higher needs confirmation. Only another higher high could validate a bullish momentum.

The pair has decreased in the short term only because the USDX has slipped lower. A USDX’s rally could send USD/CHF into the buyer’s territory. CHF could lose ground versus the greenback if the US data will come in better than expected today. Switzerland’s PPI has increased only by 0.1%, less 0.2% expected. 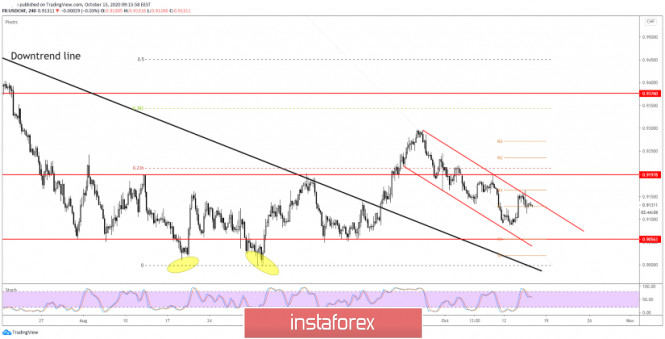 USD/CHF corrective phase could be over if the price escapes from the minor down channel. The pair has registered only a false breakout in yesterday’s trading session, but the upside breakout is still in cards as long a the rate stays near the downtrend line.

A valid breakout followed by another higher high, bullish closure above 0.9162 high suggests buying again as USD/CHF should develop a strong bullish movement.