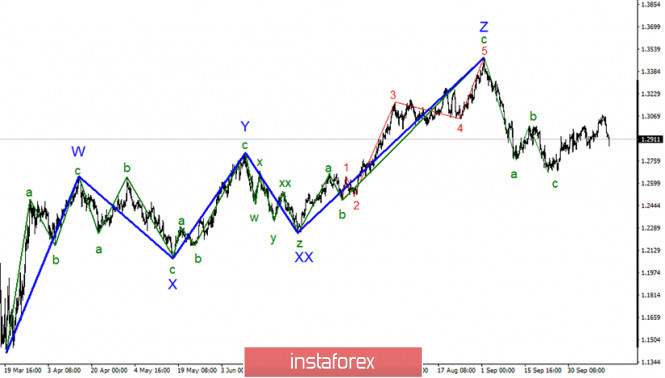 On a large scale, the descending section of the trend is still being formed. However, the chances are growing that trend will stop with the completion of the a-b-c waves formation. If this is true, then the quotes will continue to rise from the current levels with targets located near the high of the wave Z. A successful attempt to break through the high of the wave b also indicates that the markets are ready to open new buy positions on the instrument. 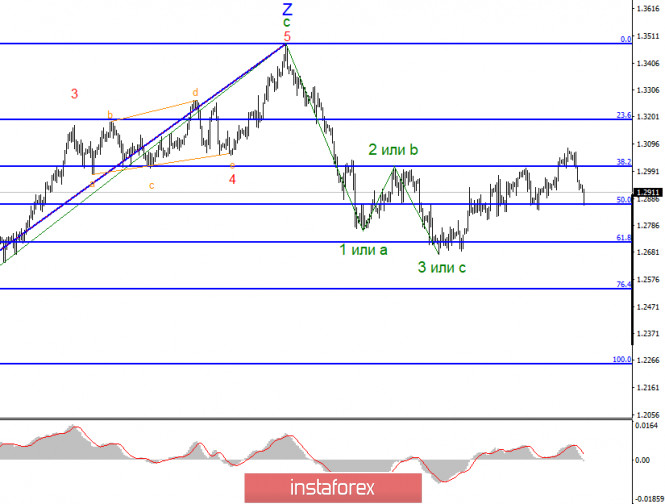 Meanwhile, markets are showing a mixed trade without a certain direction. As I mentioned above, yesterday the pair fell by more than 150 pips, and today it has regained just the same amount. The conflicting news may have caused such a swing. Markets seem confused and do not know how to respond to various reports and rumors regarding Brexit and the trade negotiations between the UK and the EU. The EU summit begins tomorrow where the final decision regarding this issue should be made. However, it is already obvious that the final statement will not be ready tomorrow. Most likely, the parties will again declare the current progress insufficient and continue negotiations. Some experts believe that a trade deal can still be reached, but not until early November. Others think that the parties will fail to reach a consensus even until December. Besides, the officials from France, Ireland, Germany, and other EU countries prepare the markets for a no-deal outcome, regularly stating that there is no or little progress made. Thus, the markets often doubt how to trade the pair amid such a controversial background. This leads to sharp up-and-down movements of the price.

Yesterday, a report on unemployment rate was released in the UK showing a 0.4% increase compared to July. However, the number of new jobless claims declined compared to the same period. On average, wages rose more than the markets had expected. In general, the statistical data was rather neutral. Anyway, the pair began to decline much later than the reports had been released.

The pound/dollar pair has supposedly completed the formation of the descending section. A successful breakthrough of the 38.2% level makes it possible to recommend buying the instrument with the targets at 1.3191 and 1.3480 which correspond to 23.6% and 0.0% Fibonacci levels for each new buy signal of the MACD indicator. However, the news background can cause a serious change in the current wave pattern.