Yesterday, the GBP / USD pair consolidated below the psychological level of 1.3000, and had high activity even amid a downward price movement. Its scale is about 53% of the earlier correction, which is the largest price jump during its entire course (1.2674 —> 1.3081). It’s also charged with speculative operations, and this can be seen from the structure of the impulsive wave. However, such an impressive price change still does not give a clear signal for recovery, because in order for it to come to the fore, the quote needs to consolidate lower than 1.2845 in the four-hour time frame. In this case, the price should pass the range 1.2845 / 1.2885, as only such will lead to a surge in short positions, which will increase the chances of reaching a new local low.

In terms of daily dynamics, October 13 recorded 146 points, which is the highest indicator for 8 trading days and 21% higher than the average level. The surge in activity was due to the abnormal slowdown observed yesterday, where a daily indicator of 77 points was recorded.

A similar pattern can also be seen in the EUR / USD pair, where activity also accelerated after a sharp slowdown.

Anyhow, as discussed in the previous review , price fluctuations in the range of 1.3000 / 1.3080 were seen by traders as a signal for acceleration, and such really came true in the market.

Meanwhile, in the daily chart, it is clear that the correction from 1.2674 was hit by sellers, which in the theory of technical analysis can lead to the end of the movement. A notable point was that the 50.0 Fibonacci level coincided with the accumulation area, which subsequently led to a recovery.

With regards to news, data on the UK labor market was published yesterday, but its report was rather weak since the unemployment rate rose from 4.1% to 4.5%. Employment dropped by 153,000 instead of the forecasted 30,000. And perhaps, the only positive news was the jobless claims, which rose by only 28,000 instead of 78,800.

In the afternoon, data on US inflation was released, where they recorded a growth from 1.3% to 1.4%. Consumer prices, although did not rise to the forecast level of 1.5%, nevertheless demonstrated a confident recovery, which has a positive effect on the economy and reduces the risks of possible concerns about the prospects of any easing of the Federal Reserve’s monetary policy.

In terms of the information background, news about COVID-19 and Brexit are still hot topics for speculators.

Investors remain concerned about the sharp rise of coronavirus infections in Britain, as its continued acceleration could lead to new strict quarantine measures.

About Brexit, everything is stable as of the moment, however, this also means that there are no agreements yet regarding a trade deal. 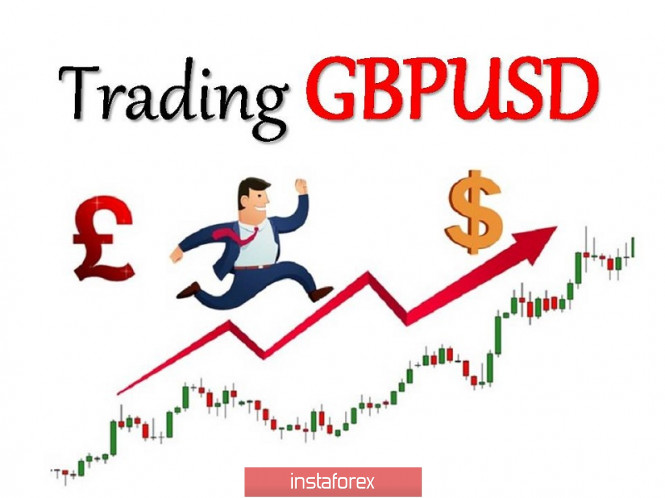 Today, data on US producer prices will be published, where there may be an increase of 0.4%, which will positively affect the US dollar.

In terms of the information background, the UK and the EU will resume Brexit negotiations today, which could arouse activity among speculators in case of any details.

As we can see on the trading chart, speculative activity was high in the GBP / USD pair, where during the start of the European session, the quote managed to move above the local low and reached a value of 1.2862. After that, the pair changed direction very abruptly, returning to its previous level. The high activity is probably related to the news that the UK said they will not abandon trade negotiations with the EU.

Anyhow, this high activity will persist in the market, so traders should be careful, as chaotic surges may continue because of news on Brexit.

And, as mentioned earlier, in order to resume the correction, the pound must consolidate below 1.2845 in the four-hour time frame. 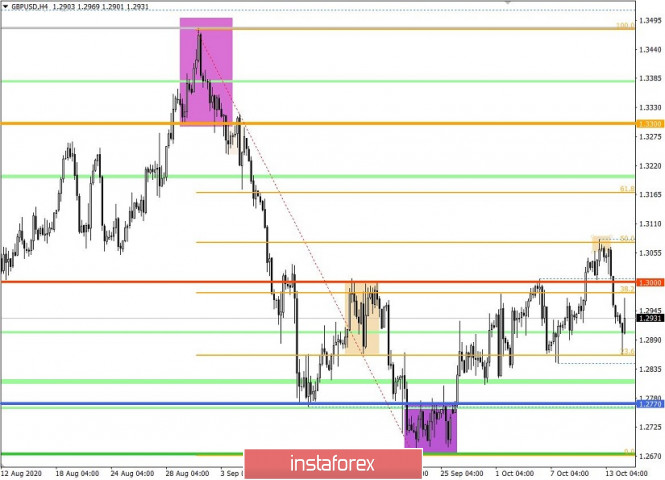 As we can see on the table, all indicators are indicating different signals, and this is due to the strong information background. They are, at the moment, jumping in the wake of high speculative activity. 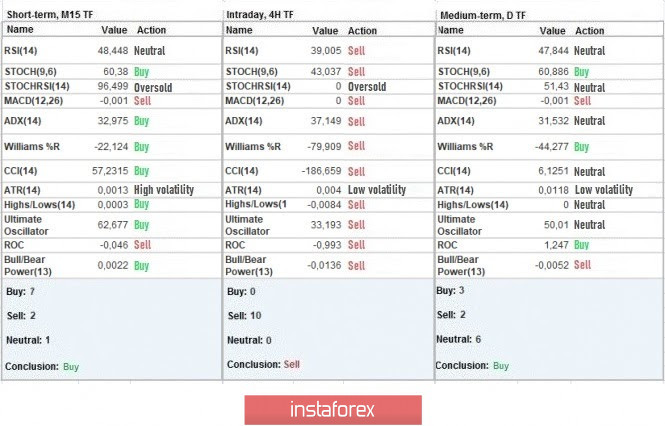 Volatility is measured relative to the average daily fluctuations, which are calculated every Month / Quarter / Year.

(The dynamics for today is calculated, all while taking into account the time this article is published)

Volatility is currently at 107 points, which is already a lot, but perhaps could still increase even further if speculative activity remains high in the market. 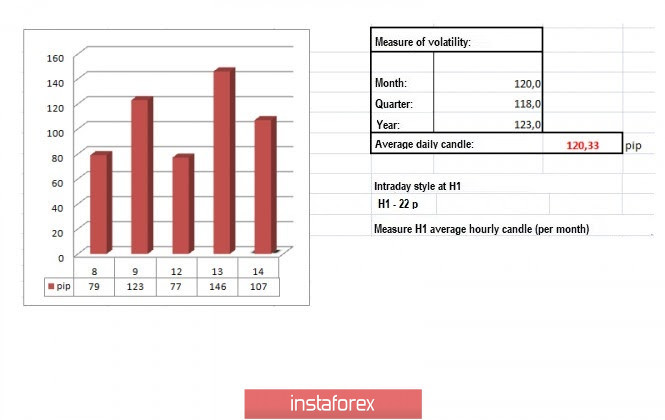