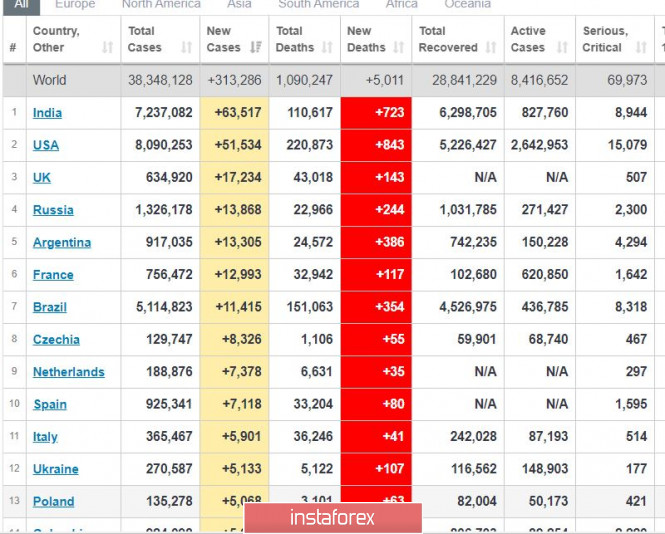 The situation is persistently turning bad in Europe, as many states continue to record high levels of incidence rate with coronavirus. The most notable of which is the United Kingdom, which recorded 17 thousand new cases, followed by France, which listed around 13 thousand. Meanwhile, the Czech Republic, Holland, Spain, Italy, Poland and Ukraine all recorded more than 5 thousand new infections per day. 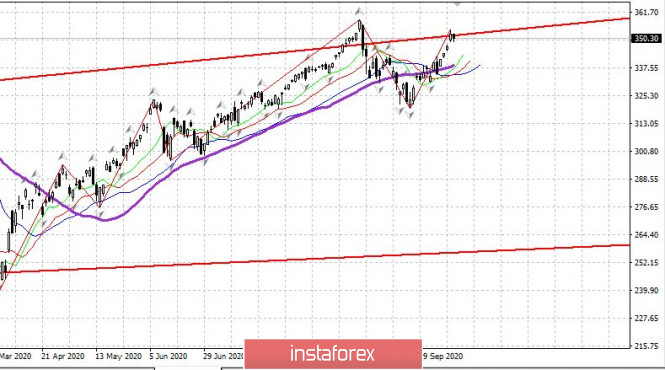 US stocks are set to remain in a bull market for a long period of time, undoubtedly repeating all the highs recorded last September. Nonetheless, sales can still be made, but as long as it has a small stop. 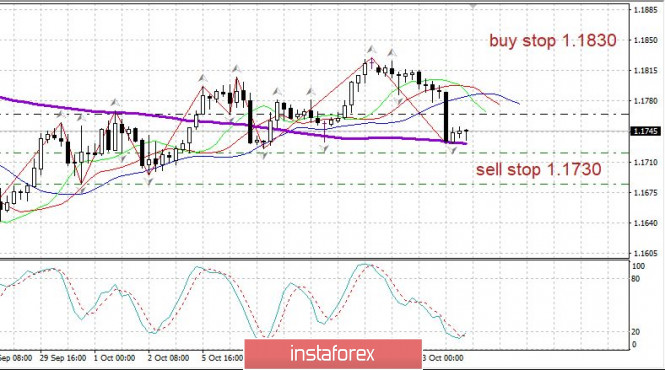 Regardless, its further direction is still unclear, so perhaps, the upcoming Beige Book report of the Fed will determine what movement it will take.