The S&P 500 lost 0.63% on Tuesday, on the news that Johnson & Johnson’s anti-skin vaccine trial was suspended due to severe side effects, and so the euro fell by 66 points. This, as we see it, stopped the speculative growth over the euro that has been ongoing for the past two weeks. The price moved below the target level of 1.1754, having reversed from the resistance of the balance line on the daily chart. The Marlin oscillator is back in the negative territory. Now we are waiting for the price to drop to the target level of 1.1650, then to 1.1550 (November 2017 low). 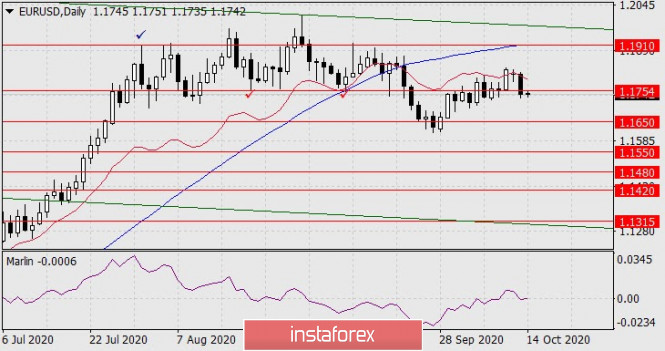 The price settled under the MACD line on the four-hour chart, while Marlin is in the negative zone. Conditions for a further decline have been formed, we are waiting for the price at the indicated levels. 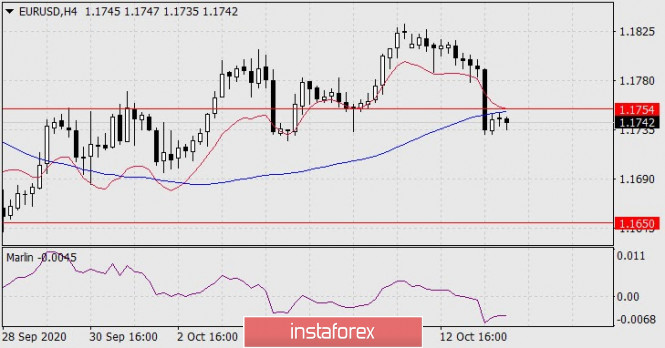 Overview of the EUR/USD pair. October 26. Americans don’t vote for Joe Biden. They vote either for Trump or against Trump.