The pound sterling was down more than 120 points yesterday, almost hitting the first decline target at 76.4% Fibonacci 1.2912. Take note that the Fibonacci grid, built according to the base branch of the movement on December 13, 2019-February 28, 2020, loses its accuracy in determining the target levels. It will be replaced by other technical tools. 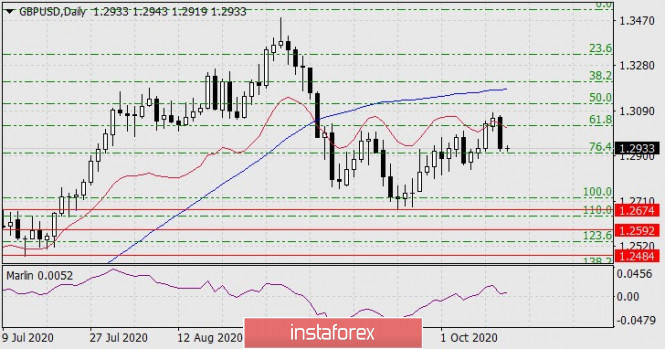 But the price still needs to settle below the level of 76.4% (1.2912) in order for it to advance further towards the target of 1.2674 – to the low on September 23. Getting the price to settle below 1.2912 will also allow the Marlin oscillator to move into a negative trend zone, which will become a confirmation signal for a decline. 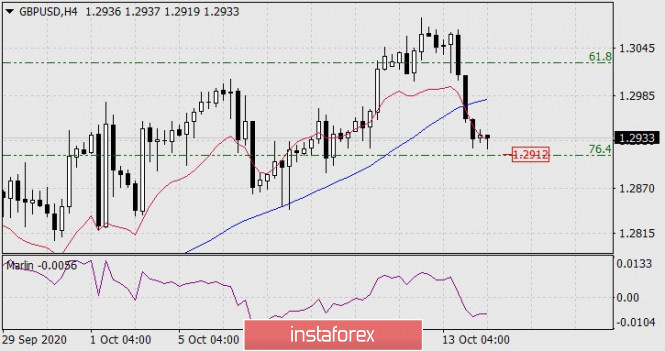