The Australian dollar broke the target level and support at 0.7190 yesterday, identified by the extremes of September 9, August 13 and July 22. The level is strong, overcoming it, obviously, will cause the price to decrease further. The nearest target is 0.7055. It will be helped by the Marlin oscillator, which has moved into the downward trend zone on the daily chart. 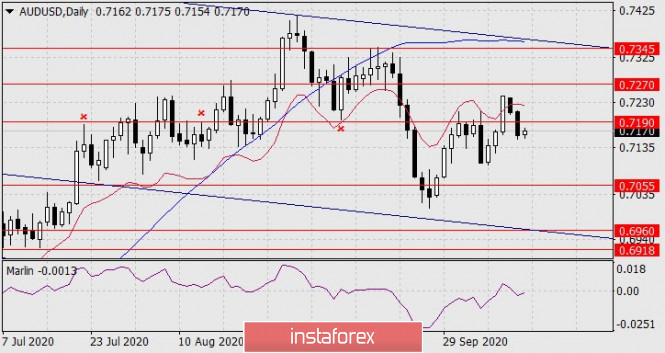 The decline stopped before the support of the MACD line on the four-hour chart. If the price moves below yesterday’s low of 0.7151, it will also correspond to the price moving below this indicator line. This will be a signal for the price to decline further to the designated level of 0.7055. 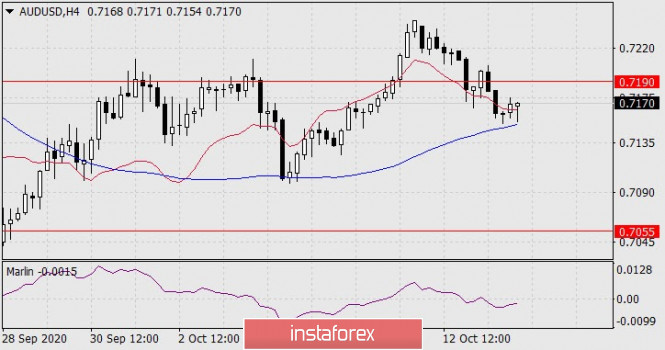